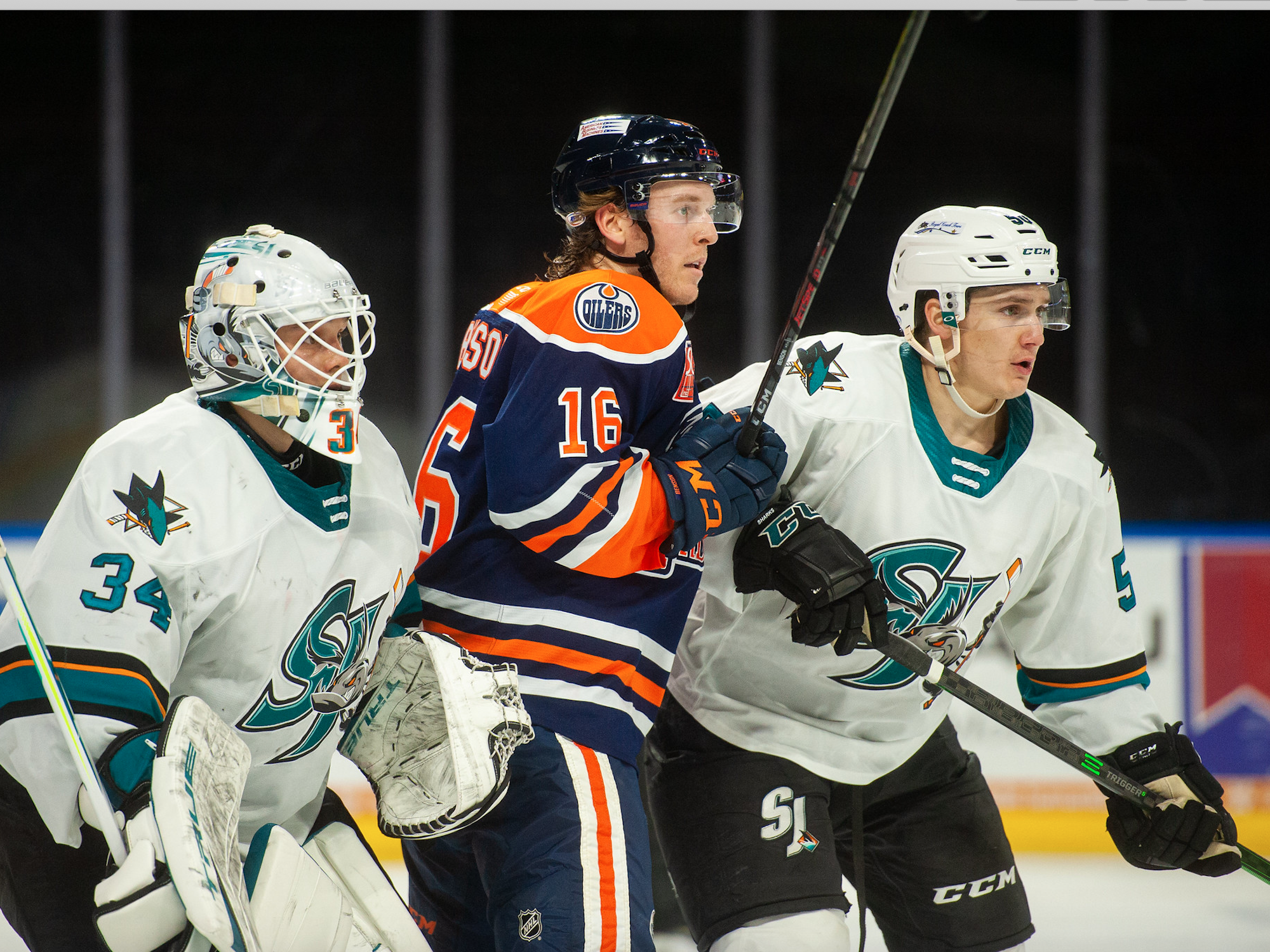 Tyler Benson is ready for another shot on the wing for the Edmonton Oilers. And if this were any other season it’s hard to imagine that Benson would not get it.

He’s killing it like never before as a scoring winger in the AHL.

The Oilers, meanwhile, are looking for a left winger who has the skill and hockey IQ to keep up with Leon Draisaitl or Connor McDavid on a top line.

Outside of players on the Edmonton roster — not one of whom has seized that Top 6 left wing job save for Ryan Nugent-Hopkins — Benson is the best bet.

But, of course, the COVID lockdown is in the way of any Benson recall. If Edmonton were to recall him to the team’s taxi squad, he’d have to go through a two-week quarantine, then another week of practice, just as d-man Theodor Lennstrom has done. Maybe the COVID rigamarole will work out for Lennstrom and he’ll get into a few games in Edmonton. Maybe not, though, if the Oilers stay healthy on the blueline.

As for Benson, maybe it’s worth calling him up even if he’ll have to sit. He’s certainly got little to prove any longer in the AHL.

I say this having often watched him play there and in Edmonton the past few years, and again Wednesday evening as his Condors beat the San Jose Barracuda 4-3 in OT, with Benson scoring both in regulation time and in the shootout.

Here’s my take on him and some of the other Condors:

STAPLES: What has gone wrong with the Oilers PK this year?

STAPLES: Less than glowing report about Broberg out of Sweden