Tyson Barrie solves a few issues on Edmonton Oilers' blueline, but not all of them 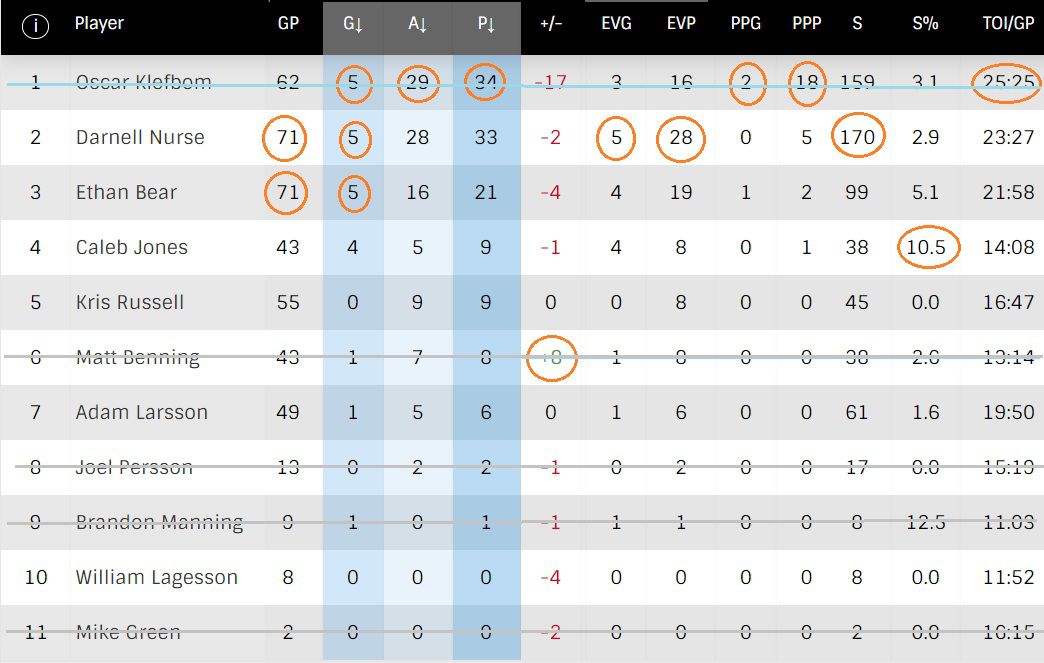 Tyson Barrie may be a minute-muncher, but no way is he replacing all of those departed guys. There’s precious little in the way of experienced depth on the farm, either.

At the moment, the Oilers have just 12 defenders under contract. Make it 14 if we include Restricted Free Agents Ethan Bear and William Lagesson, which we will here. It still makes for a shallow group, sorted here in order of NHL GP: 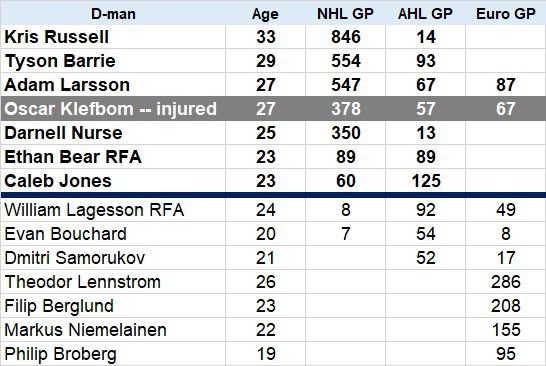 The six guys above the line, plus Barrie, all finished last season in the NHL. But once we subtract Klefbom for injury reasons, that leaves just four healthy men in the entire organization with as many as 100 NHL games, just six with 10 or more. If that’s the Oilers’ presumptive starting six, what happens when the inevitable injuries hit?

Below that line there are a number of promising youngsters but precious little in the way of pro experience, especially on this side of the pond. The advantage all seven have at the moment is they are all playing games in Europe, gaining valuable pro experience and in several cases getting in game shape for such time as NHL training camp opens. A few of them are on loan for the entire season in their domestic leagues so wouldn’t be available until later in the delayed NHL campaign.

However you slice it, the Oilers are thin on the ground for experienced blueliners. That likely explains why Holland has been reluctant to deal veteran Kris Russell, despite the cap space such a trade would create.

It also explains why Edmonton may yet be interested in signing one or more defenders from the current list of free agents. One such is Madison Bowey, touted as a player of interest to the Oilers by my Cult of Hockey colleague Kurt Leavins in the latest edition of his weekly column, “9 Things”.