As the United Kingdom slowly eases COVID-19 restrictions, such as allowing people to have a pint indoors or take in a football game, experts say Canada may be months away from following suit.

And that’s only if vaccination distribution continues to ramp up and people maintain COVID-19 restrictions such as mask-wearing and social distancing, said Raywat Deonandan, an epidemiologist and associate professor at the University of Ottawa.

“I think we will have this comfort (seen in the U.K.) by Christmas, like meeting a friend indoors or seeing loved ones without a mask indoors. But that’s just a prediction,” he said.

Sports events and concerts may not be allowed until 2022, he predicted.

Read more:
No COVID-19 deaths reported in England for first time in a year

Deonandan added that it’s difficult to compare the two countries as Britain has a national health system, while Canada’s is run by the individual provinces. For example, the east coast has weathered the virus better than most parts of Canada and may be able to lift restrictions earlier, he said.

Meanwhile, the big four provinces, Quebec, Ontario, Alberta and British Columbia, may have to wait longer for public health measures to ease.

Canada is still battling its third coronavirus wave, as more provinces institute strict restrictions, such as closing in-person schooling and shutting down patios, in order to limit the spread of the virus.

Although Deonandan predicts an ease into normalcy in late 2021, Omar Khan, a biomedical engineering professor at the University of Toronto, said the data shows it could be even as early as September.

“But I do think we have to look at other parts of the world and see what happens when they open too quickly,” he said. “We’ll see how it works out in the U.K., the U.S. … We are a little bit behind so we can observe what’s happening with them.“

Here’s how the United Kingdom is doing it.

The U.K. is in the process of gradually lifting its third lockdown over a period of months. On Feb. 22, Prime Minister Boris Johnson announced his roadmap, which is four steps to ease the lockdown. He said it was based on the number of cases, how vaccinations progress, and whether any new variants emerge.

The first step happened between March 8 and 29, when schools returned, outdoor activities reopened, and people were allowed to meet outside. However, people were also encouraged to stay in their neighbourhoods and to work from home if possible.

On March 29, the U.K. reported 4,654 new COVID-19 cases and 23 deaths within 28 days of testing positive for the virus, according to the U.K. government health website.

More than 30.4 million adults had received their first vaccination, while 3.6 million had their second shot.

On April 12, the country went into its second step. This included reopening non-essential retail, like hair and nail salons, opening most outdoor venues like pubs and restaurant patios and allowing zoos and theme parks to open. However, social contact rules were still in place, so there was no indoor mixing between households and limits on outdoor gatherings.

On this day, Britain reported 3,568 new coronavirus cases and 13 deaths within 28 days of testing positive.

More than 32 million adults had been vaccinated with one shot and 7.6 million with two.

Johnson on Monday announced step three of the plan, which kicks in on May 17. It will allow dining in a restaurant or pub, meeting indoors in groups of up to six, overnight stays, and “cautious hugging.”

He said the government will allow families and close friends to make their own choices on social contact, but urged people not to throw caution to the wind, and said social distancing must in workplaces, shops and restaurants.

On the same day, the country’s chief medical officers also lowered the COVID-19 alert level, meaning that an epidemic is in general circulation but transmission is no longer high or rising exponentially. 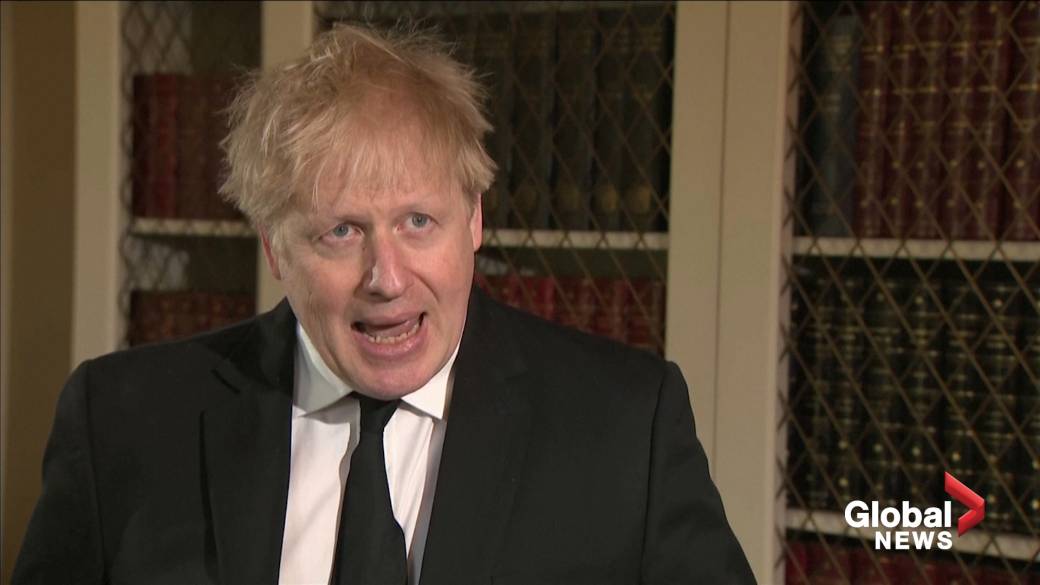 The U.K. reported 2,357 new coronavirus cases on Monday. While Wales reported a total of four deaths, there were none reported in England, Northern Ireland or Scotland, according to official statistics posted on the U.K. government’s website.

The final step of the lockdown easing will happen no earlier than June 21, according to the government plan. At this point, limits on mixing, both outdoors and indoors, are planned to be removed and any parts of the economy that are closed will be able to reopen.


How can Canada get there?

Almost 40 per cent of Canadians have now been vaccinated with at least one dose, and government officials have said at least 75 per cent need to be vaccinated to get close to herd immunity against COVID-19.

If Canada wants to start easing public health restrictions like the U.K., experts say it’s going to take a combination of vaccinations and physical measures.

Read more:
Despite COVID-19 vaccine ramp up, experts say Canada still in for ‘summer of uncertainty’

“Vaccines are a mitigation tool. … So while the cases are declining now, that’s not in large part due to vaccination but also due to the restrictions. And as the incidence rate diminishes, the power of vaccination actually increases,” he said.

This layered approach of social restrictions and vaccinations will help take us to where the U.K. is, he added.

Thirty-nine per cent of the Canadian population (14.84 million) has received at least one dose of the vaccine, according to the COVID-19 vaccination tracker. And 1.2 million Canadians are fully vaccinated against COVID-19, having received both required doses.

Khan said the data shows Canada, or some provinces, could start lifting more restrictions by mid-September.

As the country’s vaccination rates continue to ramp up, he said it may take around two months for provinces like Ontario to see all eligible adults vaccinated with at least one dose.

“So that if we’re looking at the timing, so it will be around (mid-July), if everything goes well, if our supplies come in as they are and we’re able to distribute them, then the best-case scenario, that’s what we’re looking at,” he said.

But that does not mean Canadians will be able to go back to “normalcy” in July, as lifting restrictions too soon will just put us in another lockdown, he added.

The challenge is that the immune system has its own timeline, Khan said. So whether you’re infected with the virus and recovered or you’re vaccinated, you need the bare minimum of two weeks to start building protective immunity. 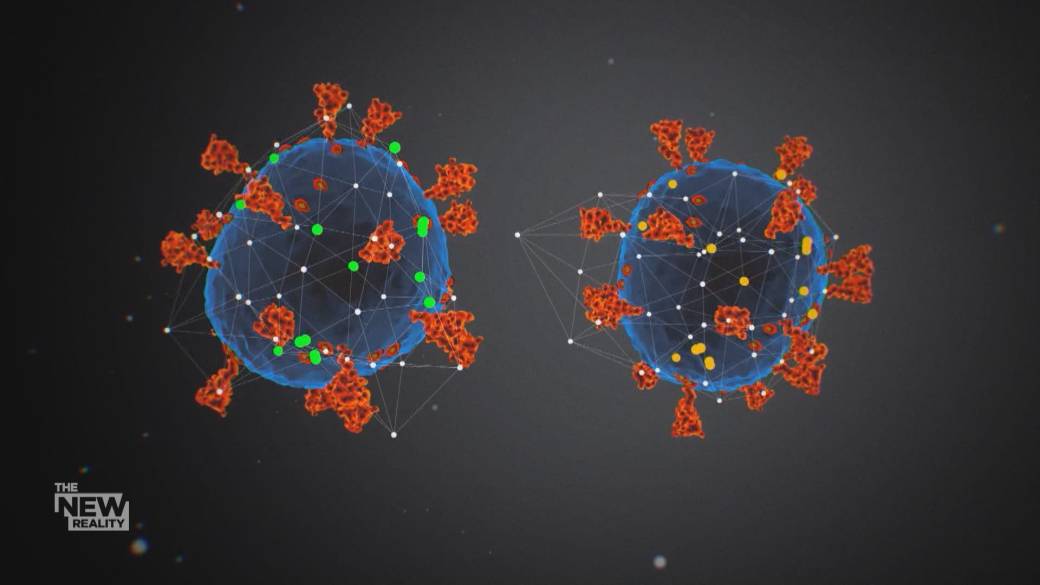 “And you actually need two more weeks after that to start developing your optimized immune protection,” Khan said. “Realistically, if at all possible, it’s great if people can give themselves one month rather than just the two weeks.”

And that takes us into mid-August.

From there, Khan said Canada should figure out if infection rates are dropping, and this may take another month.

“If you give it a month, then we can catch cases that haven’t shown up yet and the symptoms haven’t developed yet,” Khan said.

For example, even if you’re vaccinated, it does not completely prevent you from transmitting the virus, especially if you live in an area with high infection rates.

But if you’re vaccinated and live in an area where a majority of people are also inoculated, then you have less chance of transmitting the virus.

“Slowing down the virus is vaccinating as many people as possible so the virus has less chance to spread. This helps lower infection rates,” Khan said. “The rule should be one month after the last person has been inoculated (with at least one dose).”

Once you wait a month, then the virus has had “more than enough time to incubate in people.” And if there is a drop in infection rates, “we know we have it under control” because everyone’s immune system is fighting and suppressing it, Khan said.

“If we consider this timeline, we are looking at September to be very safe. That’s what data is telling us, this has nothing to do with policy though, as that is different,” he noted.