United Kingdom Prime Minister Boris Johnson said there was no reason to delay reopening the economy on Tuesday, as the country races to fully vaccinate all adults in an effort to quell the rapid spread of the Delta COVID-19 variant.

The Delta variant, which is a more transmissible strain of COVID-19 first identified in India, is quickly becoming the more dominant strain in Britain. Officials said the variant accounts for up to three-quarters of newly reported cases as parts of the country undergo a surge in infections, leading to 3,165 confirmed cases on Wednesday.

As several provinces begin reopening, some experts say Canada could stand to tweak its vaccination campaign to give high-risk Canadians their second doses faster.

Read more:
U.K.’s full reopening plan could be jeopardized by spread of B.1.617.2 variant

Comparably, the U.K. is slightly ahead of Canada in terms of its vaccine rollout.

But across the board, there is a consensus: two doses are more effective than one.

“We all have to talk about this being a race between the virus and our ability to vaccinate,” said Ashleigh Tuite, an epidemiologist at the University of Toronto’s Dalla Lana School of Public Health.

“A fourth wave is absolutely not inevitable, but it’s something that we have to be strategic and be thinking about.” 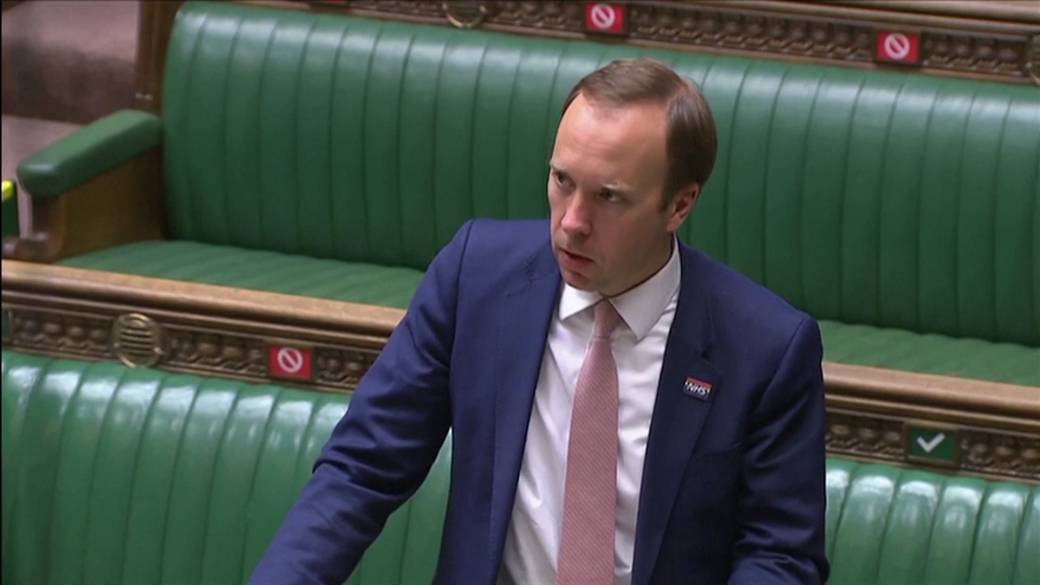 If provincial and federal governments can get second doses into the arms of Canadians quickly, Tuite said it would likely reduce the chance of a detrimental fourth wave triggered by COVID-19 variants.

That’s not to say there won’t be a resurgence in cases.

“As long as the virus is circulating globally and as long as we have pockets of people who are unvaccinated, we can expect that there will be cases,” Tuite added.

“The virus isn’t going to go away, but it will be far more manageable if we have people who are vaccinated and who are protected from having severe outcomes and ending up in hospital.”

The Delta variant, also known as B.1.617, has already made its way to 10 provinces and one territory. It is listed as a variant of concern by Health Canada.

Peel Region’s medical officer of health said he expected it to become the dominant strain across the region by next month.

“B.1.617 is quickly replacing B.1.1.7. which was the Alpha variant originally detected in the U.K. and which drove our third wave across Brampton and the Region of Peel,” Dr. Lawrence Loh said at a briefing on Wednesday.

Sally Otto, an evolutionary biologist and mathematical modeler who is a part of the B.C. COVID modelling group, advised public health officials to keep an eye on hospitalizations and ICU numbers to help them determine whether delaying reopening is in the country’s best interest.

“As long as they’re manageable, we can reopen,” she said of the COVID-19 variants. 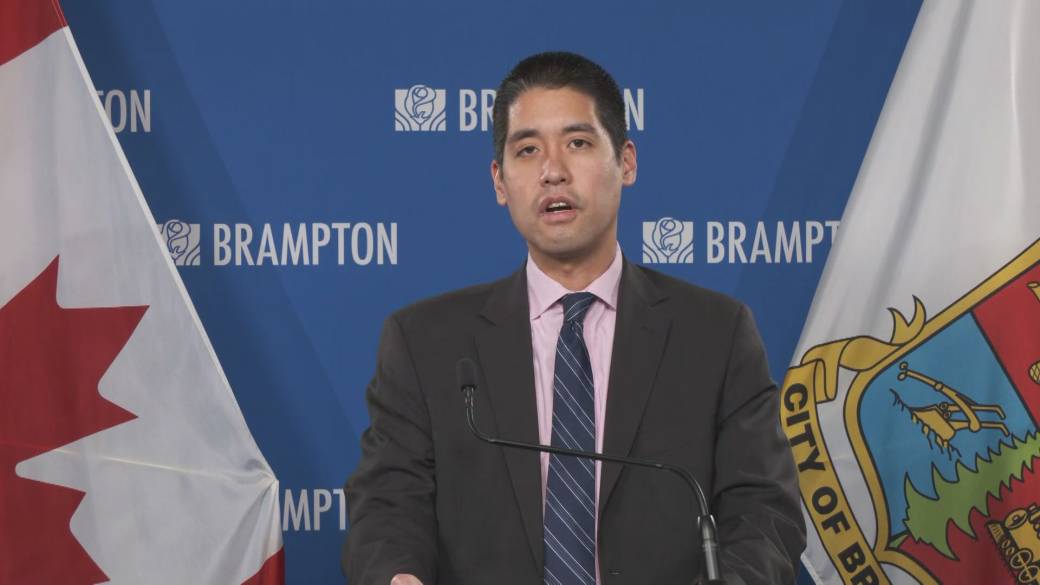 B.1.617 first detected in India to be dominant COVID-19 strain in Peel Region, top doctor says

“We have to protect those who are not vaccinated until everyone has an opportunity,” he said.

Those who have been vaccinated are at a lower risk of severe symptoms and hospitalizations, which is why Bogoch said it should come as “no surprise” that the unvaccinated are at the centre of this new wave.

Last month, Public Health England announced that a double dose from a COVID-19 vaccine would be at least 60 per cent more protective against the Delta variant and the Alpha strain, which was first identified in Britain.

“So what do we do?” said Bogoch, in response to the study. “In Canada, we do exactly what we’re doing.”

“We have mass vaccine efforts in place. We continue to push the first dose fast approach and get as much protection in as greater as a greater number of people as possible,” he added.

“And then, of course, we have to really focus on second doses and really ensure that we have a smart prioritization of second doses such that we can really protect people who are either more vulnerable to this infection or communities that are disproportionately impacted by this infection.”

Dr. Eric Arts, a professor at Western University’s Department of Microbiology and Immunology, echoed Bogoch’s remarks. He said that any vaccinated Canadian who becomes infected with the Delta variant is unlikely to require hospitalization or develop severe symptoms of the virus. However, he said “that’s still not completely clear.”

“The fact that you could get this variant circulating in those who are immunized puts those who haven’t been immunized at incredible risk,” he said. 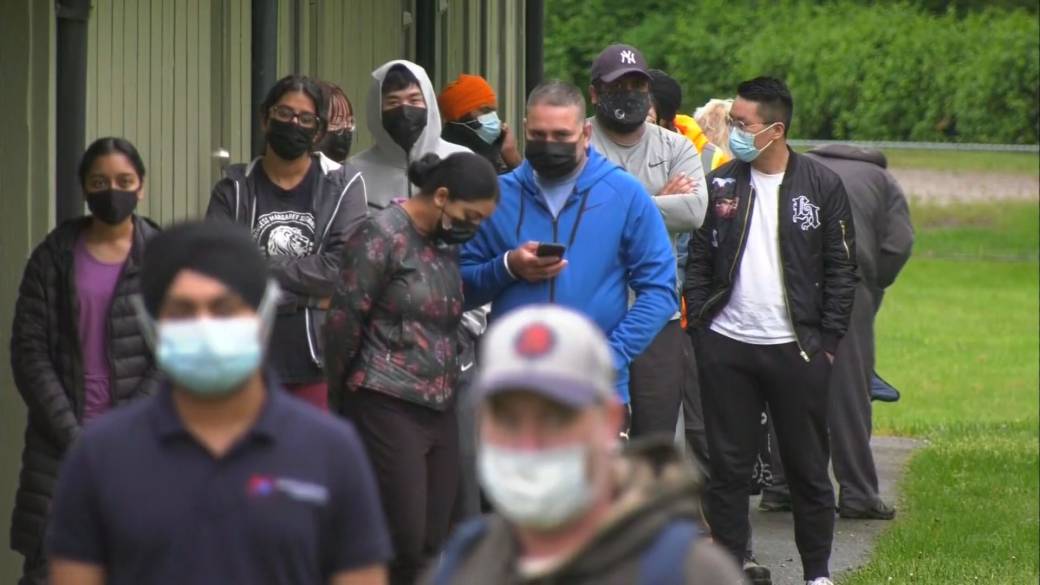 Vulnerable Canadians who have already weakened immune systems such as seniors could also see more severe symptoms, Arts said, adding it would be wise for the Canadian government to consider making some changes to its vaccine rollout.

“If, for example, we try to finish immunization of the 12- to 18-year-olds before we go back to over-80 year olds for a second immunization, we could be playing with fire,” he said.

Dr. Sumon Chakrabarti, an infectious diseases physician at Trillium Health Partners in Mississauga, agreed with Arts. He emphasized that the emergence of vaccines has put Canada in a “very different situation” than it was in last year.

“Just because you see a number of new cases does not mean that a lot of people are going to get hospitalized because that’s exactly what the vaccine does — it protects against that,” he said.

Read more:
BioNTech vaccine should be up to 75% effective against India COVID-19 variant: CEO

“For the entire last year before vaccines, we were accustomed to seeing that when cases went up that meant something bad was going to happen,” he said, explaining that high case numbers meant hospitalizations, overwhelmed hospitals and community lockdowns.

As more Canadians become vaccinated and experience milder cases of the virus, Chakrabarti said that will change. 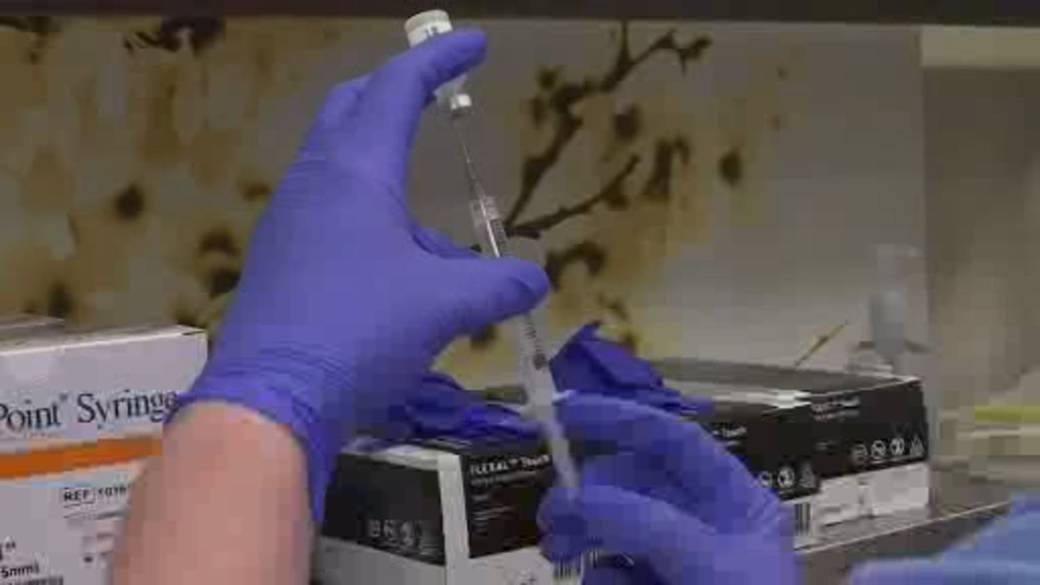 Study: Two COVID-19 vaccine shots may be effective against India variant – May 23, 2021

“Even if you see cases going up, that doesn’t necessarily mean that a lockdown is looming or that we have to change anything, because as long as the number of hospitalizations is manageable by wherever you are, then there’s absolutely no need to lock down the community.”

But, much like at the beginning of the federal government’s vaccine campaign, Chakrabarti said high-risk Canadians as well as those living or working in COVID-19 hotspots should still be prioritized.

“What we could do here is make sure now that the hotspots are getting their second dose of vaccine, but understanding that one dose of vaccine is still going to make a huge difference,” he said.

— With files from the Associated Press