U.K. is seeing a 4th wave of COVID-19. But this does not mean Canada will, experts say

A fourth wave of COVID-19 now surging across the United Kingdom doesn’t have to become a reality in Canada as long as people keep getting vaccinated as quickly as possible, some infectious disease experts say.

That optimistic prediction comes even with the dominance of the Delta variant, which is proving to be harder to stop with just one dose of vaccine.

Dr. David Naylor, co-chair of Canada’s COVID-19 immunity task force, said the U.K. has been a “useful bellwether” for Canada in the pandemic, often a few steps ahead as infections rise and fall.

With one of the world’s fastest vaccination campaigns and strict public health measures after Christmas, the U.K. was a beacon of hope for Canada. In mid-May, while much of Canada was still deep into third-wave lockdowns, the U.K. was opening restaurants and bars, having curbed infection rates so much it had days when not a single person died of COVID-19.

Read more:
The Lambda COVID-19 variant is in Canada. How worried should we be?

But in the weeks since, the Delta variant is proving its heft, pushing infections in the U.K. from below 2,000 a day in the third week of May to more than 26,000 a day over the last week.

“We may likewise find with multiple provinces opening up that the same thing happens here,” said Naylor. “But it’s also possible that Canada may chart a slightly smoother course with Delta in the next month or so.”

While the U.K. outpaced Canada early on vaccines _ and still does on second doses _ there are some differences between the two inoculation programs, said Naylor, including waiting to lift most restrictions until more people were vaccinated.

“That may help us mitigate the risks of a big Delta wave,” he said.

When the U.K. moved to stage three of its reopening on May 17, allowing indoor dining and visits to movie theatres and museums, about half of British residents had their first jab and 30 per cent had both. Canada, which is now in a similar place to the U.K. was then in terms of both infection rates and public health restrictions lifting, has given at least one dose to 69 per cent of Canadians and 38 per cent are fully vaccinated.

But those numbers, don’t tell the entire story.

Dr. Zain Chagla, an infectious diseases doctor at St. Joseph’s Healthcare in Hamilton, said another difference between the two countries is the age of the people who are vaccinated. 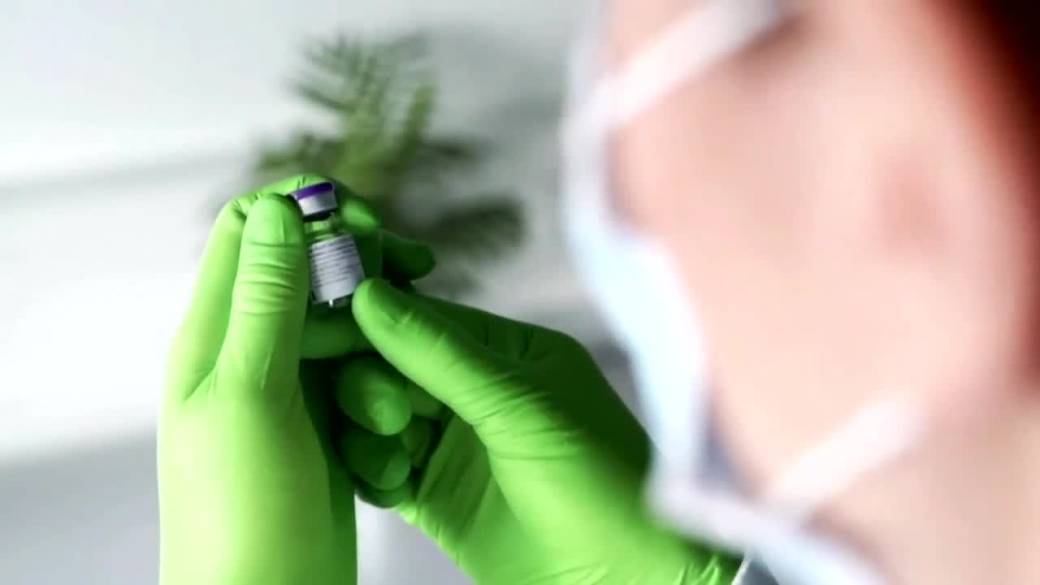 When the U.K. moved to stage three reopening in May, less than 17 per cent of people under 40 had even one dose of vaccine, and seven per cent had two. As of June 26, Canada had given at least one dose to about two-thirds of people between 12 and 39 years old, and two doses to about 12 per cent.

“I think we have a little bit of an advantage here in Canada,” said Chagla.

Studies have shown one dose of vaccine isn’t as good as two at preventing symptomatic COVID-19 infections. One dose is very good at keeping people out of hospital. Multiple countries where the Delta variant is spreading now report the fastest infection rates in unvaccinated people.

Angela Rasmussen, a virologist at the Vaccine and Infectious Disease Research Organization at the University of Saskatchewan, said new variants are going to keep coming because viruses mutate as they spread, and sometimes those mutations make the virus stronger.

Read more:
Delta variant on track to be dominant COVID-19 strain in Europe by August: WHO

But Rasmussen said the mutations aren’t so big that the vaccines won’t affect them at all.

“The vast majority of people who’ve had two shots are not going to be severely ill, even if they do get a breakthrough infection,” Rasmussen said.

She said they’re also likely to be less infectious to others.

Rasmussen said people should remember this when the next variant inevitably emerges, and still trust the vaccines will help.

“The answer to variants is not ‘Oh my God, the vaccines don’t work,’ because some people are occasionally getting infected,” she said.

“We should be saying let’s all get vaccinated, so that we can reduce the likelihood that variants that are even more capable of getting around our defences will emerge.”

Previous articleJapan to declare COVID-19 emergency for Tokyo, will last through Olympic Games
Next articleFully vaccinated but left out: Canada’s new border rules put some in a conundrum