U.S. can, should do more to help Canada through COVID-19: vaccine expert

The United States can and should do more to help Canadians get vaccinated against COVID-19, says a prominent Texas doctor, adding to the pressure on the White House to do more beyond America’s borders to end the pandemic.

Dr. Peter Hotez, a vaccine expert and a familiar face to cable news viewers in both countries, says the U.S. has more than enough capacity to expand its largely successful vaccination efforts into neighbouring countries, including Canada.

In an interview Monday with The Canadian Press, Hotez said he had assumed — like a lot of Americans — that Canada had essentially been keeping pace with the U.S. in terms of getting its citizens the protection they need.

Then he looked at the numbers.

“I was really astonished — only about a third of the country has received a single dose, and essentially no one’s gotten fully vaccinated,” said Hotez, who is dean of the school of tropical medicine at the Baylor College of Medicine in Houston.

“I can’t believe the U.S. is not out there helping, given that the amount of doses we would have to provide is relatively modest, (and is) oblivious to the fact that it’s in our own enlightened self-interest to do it.”

Hotez called it “ridiculous” to think that transmission of the virus would be stopped by vaccinating Detroit without vaccinating Windsor, Ont., which is just across the Ambassador Bridge on the other side of the Detroit River. 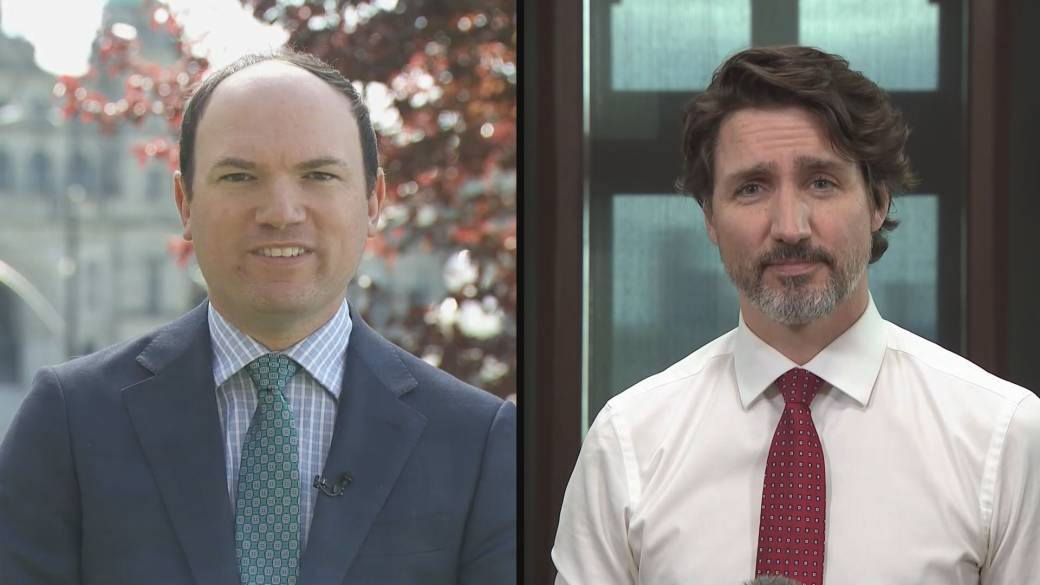 2:40
Trudeau on conversation with U.S. President Joe Biden about when more COVID-19 vaccines will be coming to Canada

Trudeau on conversation with U.S. President Joe Biden about when more COVID-19 vaccines will be coming to Canada – Apr 21, 2021

And Canada’s roughly 38 million people represent a fraction of the 332 million people in the U.S., a “rounding error” in terms of the number of vaccine doses it would require, he added.

Canada, however, is not the only country that needs help.

Mexico, which also shares a U.S. border, is doing significantly worse than Canada at vaccinating its 130 million residents. And the searing tragedy of a fresh wave in India, along with mounting worry about Brazil, is putting the White House under intense pressure to step up.

Read more:
White House won’t say if Canada, Mexico will be at top of list for extra COVID-19 shots

Canada and Mexico are both eyeing a growing American surplus of Oxford-AstraZeneca doses, approved for use in those countries but not in the U.S. White House press secretary Jen Psaki said a decision on how best to share those doses is in the works.

“There are a range of requests we’ve had from around the world, and we’re evaluating those needs now, but I can’t get ahead of that process,” Psaki said.

Hotez said those doses would have only a marginal impact in India, a country of 1.4 billion people where the virus has spiralled out of control in recent weeks, overwhelming hospitals and exhausting supplies of basic needs like oxygen.

“The India one is a more complicated issue _ yes, we should be providing doses, but the real priority for India is a bit different because of the scope,” he said.

“It’s not that we shouldn’t do it. It’s that it’s got to go far beyond that.” 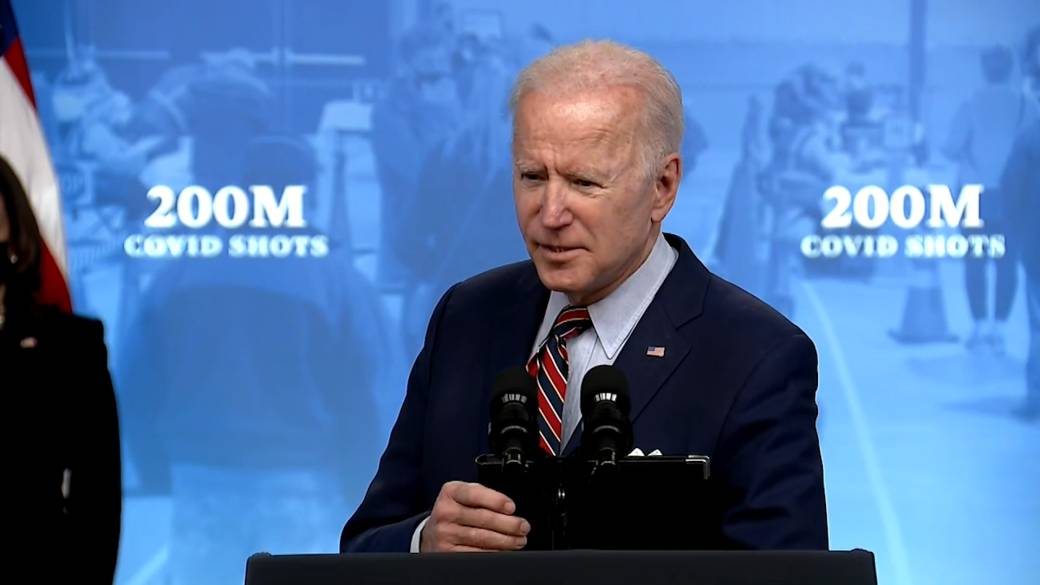 The U.S. is already helping India with raw materials and parts for vaccine-making equipment, and is still deciding on how to distribute its surplus AstraZeneca doses, President Joe Biden said Tuesday.

“We are going to, by the 4th of July, have sent about 10 per cent of what we have to other nations,” Biden said, without mentioning specific countries beyond the 4 million AstraZeneca doses already shared with Mexico and Canada.

The U.S. will soon begin sharing doses of the Pfizer-BioNTech and Moderna vaccines beyond its borders as well, he promised.

“As long as there’s a problem anywhere in the world, even if we solve it here, we’re going to move as quickly as we can to get as many doses of Moderna and Pfizer as possibly can be produced, and export those around the world.”

A growing chorus of international voices, including progressive lawmakers in the U.S., is calling on Biden to agree to a proposal before the World Trade Organization that would ease patent and intellectual property protections, allowing developing countries to accelerate their own vaccine-manufacturing efforts.

The powerful American pharmaceutical industry is opposed to such a move, fearing an existential threat to a profitable business model.

“We are at war with the virus, and yet what we are seeing is war profiteering; we’re seeing that profits are being put over people,” U.S. Rep. Jan Schakowsky, an Illinois Democrat, told a panel discussion Tuesday.

“The World Health Organization has said that there’s been a billion vaccine doses distributed, but just 0.3 per cent of those doses have gone to poor and developing countries. And that is just totally unacceptable.” 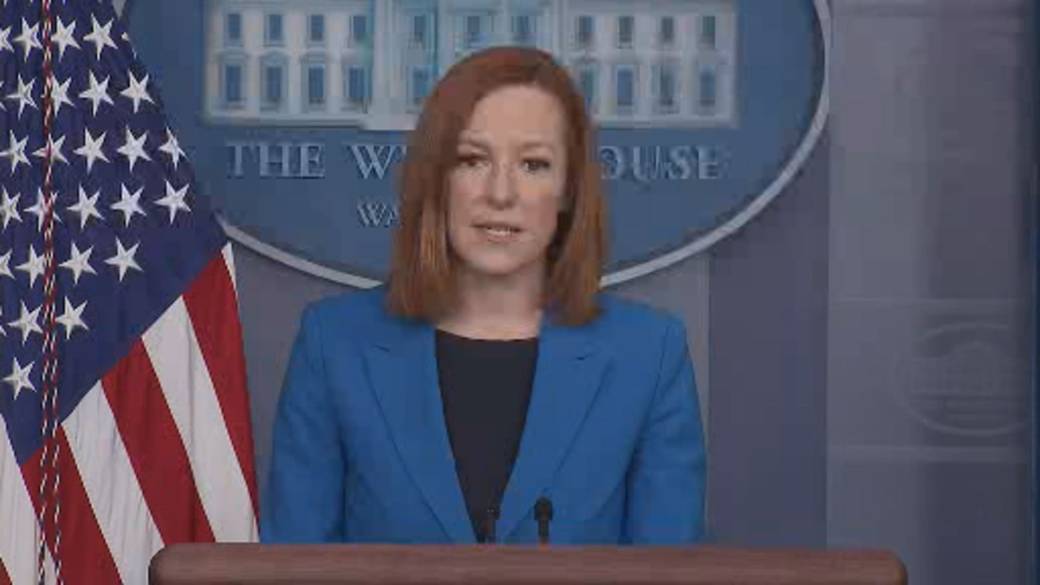 Schakowsky and others are backing a bid by India and South Africa for a waiver to a 27-year-old WTO agreement that essentially protects pharmaceutical trade secrets, a movement that has been gradually gaining steam in recent weeks.

Brajendra Navnit, India’s ambassador to the WTO, made an impassioned plea Tuesday for the so-called TRIPS waiver, insisting that the financial cost of sharing the information would be recovered tenfold in the resulting economic recovery.

“Anyone thinking India’s example has shown that ? we are saved by vaccinating their own population, it is not going to happen,” Navnit said.

Prime Minister Justin Trudeau acknowledged the no-one-is-safe-until-everyone-is-safe argument Tuesday but stopped
short of saying whether Canada would vote to support the waiver proposal.

“We understand how important it is to get vaccines to the most vulnerable around the world, and we will keep working for that,” he said.

Biden, who promised during the election campaign that the U.S. would share its vaccine know-how with the world, also demurred: “We’re going to decide that as we go along.”