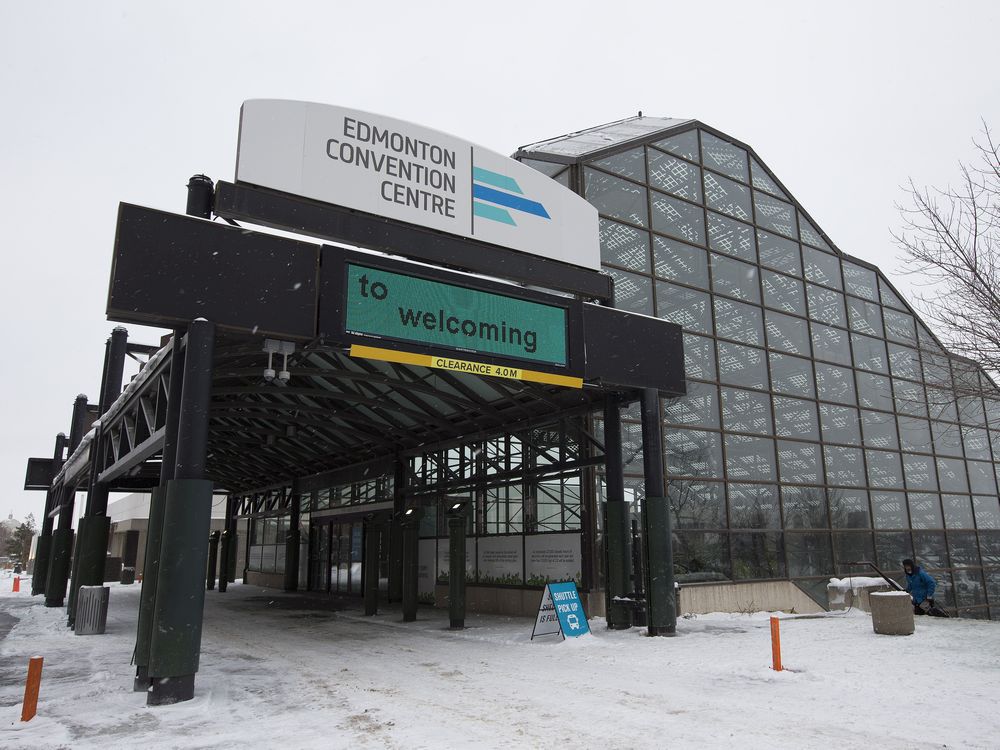 Edmonton Mayor Don Iveson says he has “serious concerns” over unscheduled “tours” by members of the Edmonton Police Service (EPS) and city councillors to Tipinawâw shelter.

In a letter obtained by Postmedia addressed to Edmonton Police Commission Chair Micki Ruth, Iveson wrote agency staff at the 300-person shelter at the Edmonton Convention Centre first became aware of the visits by EPS and councillors when an unannounced delegation arrived at the back entrance.

“Staff have been managing various outbreaks of COVID-19 at the shelter and were alarmed about EPS members arriving unscheduled and unprepared to protect themselves or others from exposure to COVID-19. Other considerations like vulnerable persons’ privacy and dignity were also paramount in their mind.”

The shelter program is staffed and supported by Homeward Trust, Boyle Street Community Services, Bissell Centre, Bent Arrow Traditional Healing Centre and The Mustard Seed. It was created in response to gaps in Alberta’s housing and shelter systems and the program is funded and run by the City of Edmonton.

Iveson wrote while he is aware EPS has arranged with the agencies to routinely check Tipinawâw for security reasons, the apparent stated purpose for visits with councillors was to provide “‘a first hand account of what the conditions are like, and … hands on experience to inform the conversations held by City Council’ in the context of minimum shelter standards, encampments and housing issues.”

While unscheduled tours were suggested by agency staff for those security checks, guests of police were not intended and therefore “inappropriate” to include, Iveson wrote.

Iveson said he has serious concerns about the actions of police.

“There is nothing to be gained in terms of knowledge by surprising agency workers who are doing their very best under extremely difficult and high-stress conditions, especially as we enter the third wave of the COVID-19 pandemic,” he wrote.

“In fact, this approach would seem to be rooted in an assumption that agency workers themselves are contributing to problems arising at shelters such as Tipinawâw.”

He added he also has concerns over the potential exposure of the city’s vulnerable population to COVID-19, as well as them feeling intimidated by “unsolicited and unscheduled police presence.”

“The shelter space the City has established with the sole purpose of housing these community members,” Iveson wrote.

Iveson is asking the police commission to take the concerns he’s raised seriously, and ask Edmonton police to stop the unscheduled visits outside what was previously arranged.