Canada’s top doctor says there’s concern that an increase in more transmissible variants of the COVID-19 virus may be threatening the country’s progress in containing the spread of infections.

And while Canada’s vaccine rollout has been gaining speed over the past few weeks, Dr. Theresa Tam says the country is in a “crucial moment” in the battle between vaccines and variants.

“If we don’t slow down the spread of the variants, Team Vaccine is at risk of falling behind,” Tam said in a press conference Friday.

Read more:
Guidelines for vaccinated Canadians will only evolve ‘when safe,’ Tam says

“But if we can hold on and give it that last push, by keeping up with personal protective measures and limiting our contacts to the extent possible, we will clear the path for Team Vaccine to cross the finish line.”

There have been nearly 4,500 variant cases of COVID-19 in Canada, with 90 per cent of those related to the variant first detected in the U.K., Tam said, adding that in parts of Canada, variants of concern are making up a higher proportion of all new cases.

The country’s vaccination rollout, while still reaching only a small minority of Canadians, has been having some positive effects, she added.

Tam said rates of COVID-19 are dropping in people 80 years of age or older, and there is a “downward trend” in outbreaks at long-term care homes.

Still, less than 10 per cent of Canadians have received at least one dose of a COVID vaccine, Tam noted.

Prime Minister Justin Trudeau reiterated Friday that Canada is on pace to vaccinate all residents who want a vaccine by the end of September.

Trudeau added that Canada is now set to receive a million doses of the Pfizer-BioNTech vaccine every week through the end of May. Canada is also finalizing a deal with the United States to get 1.5 million doses of Oxford-AstraZeneca from its southern neighbour by the end of March. The doses will have a minimum shelf life of 60 days, said Procurement Minister Anita Anand.

Anand also noted Canada will have received 9.5 million doses of all vaccines by the end of the month.

Ontario said Friday it would expand its vaccine effort starting next week to those aged 75 and older, with certain pharmacies set to administer doses to more seniors.

In Quebec, meanwhile, Health Minister Christian Dube on Friday lauded the 38,459 vaccine doses administered in the province a day earlier _ a daily record since the inoculation campaign began. Roughly 9.8 per cent of Quebec’s population has received at least one dose of a COVID vaccine. 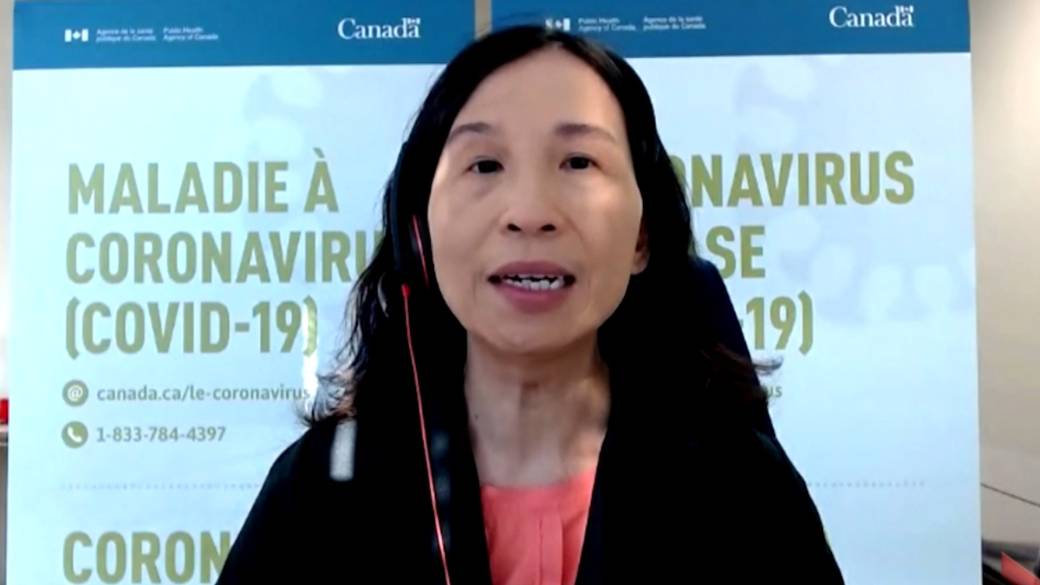 3:34
Canada’s top doctor says Easter ‘is not the time to have big gatherings’ as COVID-19 cases continue

Trudeau also said Friday that the federal government will be deploying the Canadian Armed Forces to Northern Manitoba to help roll out vaccines in First Nations communities that are otherwise hard to reach.

While progress continues on Canada’s vaccine front, Tam noted now is not the time to relax public health guidelines.

Timing of upcoming holidays such as Easter, which is two weeks away, will be cause for caution, Tam said, urging people to “hold on a bit longer” to public heath restrictions.

“There is a sense … that this has been going on for so long that many people are having some difficulties keeping things up. So I do think this is absolutely not the time to let go of those measures.”

But as more people become vaccinated, Tam noted public health measures will need to adjust to the changing epidemiological trends.

In addition to the protection offered by vaccines, Tam said the approaching warmer weather will be another welcome barrier to spread. She encouraged people to get outside and avoid the enclosed, crowded spaces with poor ventilation that remain high-risk settings for transmission.

“We got to really give people some of these kind of activities to look forward to,” she said.

He said some parts of the country may need to implement stricter measures to deal with any surges of COVID cases.

“There really is, I think, a caution and a warning that everyone is still at risk, with respect to either coming down with it or transmitting COVID-19 to others,” he said. “And so I think we really can’t let go.”

Tam said spread of COVID-19 among younger age groups is concerning, because they are further down the line to receive a vaccine.

She said it’s important that Canada ramp up its vaccine rollout to reach as many people as quickly as possible with a first dose, in order to “break the back of this current wave.”

“We have to do very specific and targeted outreach and communication to younger adults.”