With thousands of AstraZeneca COVID-19 doses set to expire in the coming months, federal officials on Thursday said that Canadians who want to get it as their second shot, should be able to do so, though they are uncertain how “the exact situation” would unfold.

“We know that so far 2.1 million Canadians have received their first dose of AstraZeneca, we’re continuing to offer AstraZeneca to those who got it as their first dose,” Deputy Chief Public Health Officer Dr. Howard Njoo said during a press conference Thursday.

Read more:
2 AstraZeneca doses could be up to 90% effective against COVID-19: study

However, “not all who received AstraZeneca as their first dose will want to get it as their second dose,” Njoo said.

“We don’t know what the exact situation is going to be.”

Canada received another 655,000 doses of the Oxford-AstraZeneca last week, but only 534,000 are being distributed to provinces this week.

Usually, almost all the shots would be sent out to provinces, but Brig.-Gen. Krista Brodie, who is now leading federal vaccine logistics, said 100,000 will be kept in storage after provinces put in their orders. 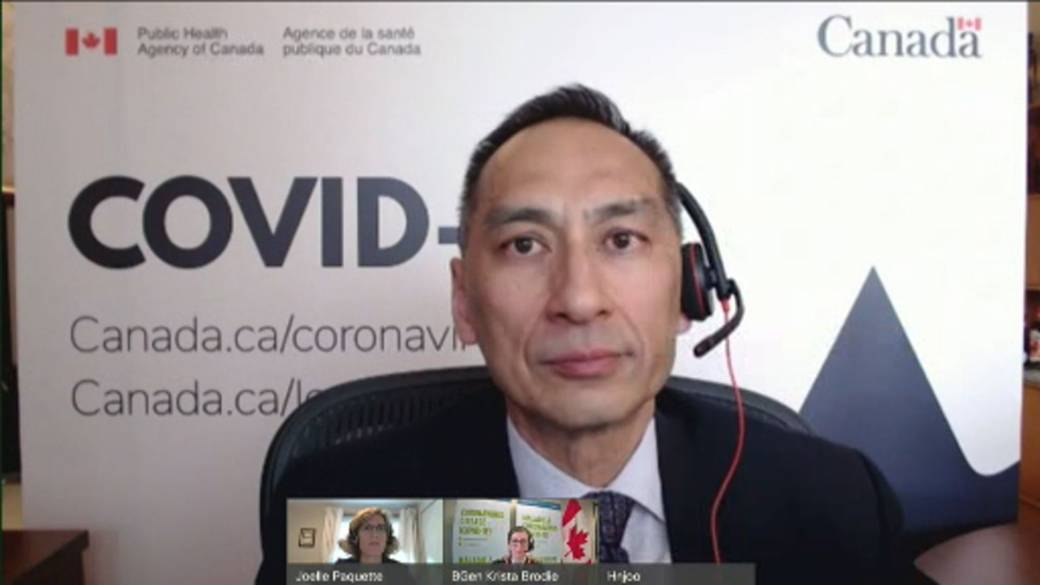 She did not disclose whether any provinces said they wanted any of those doses, or which provinces asked for a smaller share than the usual per capita division.

Meanwhile, in Ontario, people who got their first dose of AstraZeneca, could be getting their second jab of the COVID-19 vaccine as the province tries to avoid wasting thousands of vials currently sitting in freezers.

According to a report, first published by the Toronto Star, Ontario plans to use its remaining AstraZeneca supply for second shots. An announcement on the supply can be “expected with days.”

Some experts feel other provinces should do the same.

“It is absolutely unethical to waste thousands of good vaccine doses,” said Kerry Bowman, a bioethicist at the University of Toronto, who received his first dose of AstraZeneca in March.

“I hope choice will be given to Canadians to opt for AstraZeneca as their second dose, if they have received it as a first dose.”

Ontario currently has close to 45,000 doses of the vaccine that are set to expire May 31, while British Colombia has approximately 20,000 set to expire in June.

BC’s top doctor Bonnie Henry on Monday assured that the 20,000 doses the province currently holds are “good until the end of June.”

“We know that there’s been reports in some of the lots that were received in Canada and some other provinces expires at the end of May. We have used up all of the AstraZeneca that we received that expired early on in May, and we now have vaccine ready and waiting for people for their dose two,” Henry said. 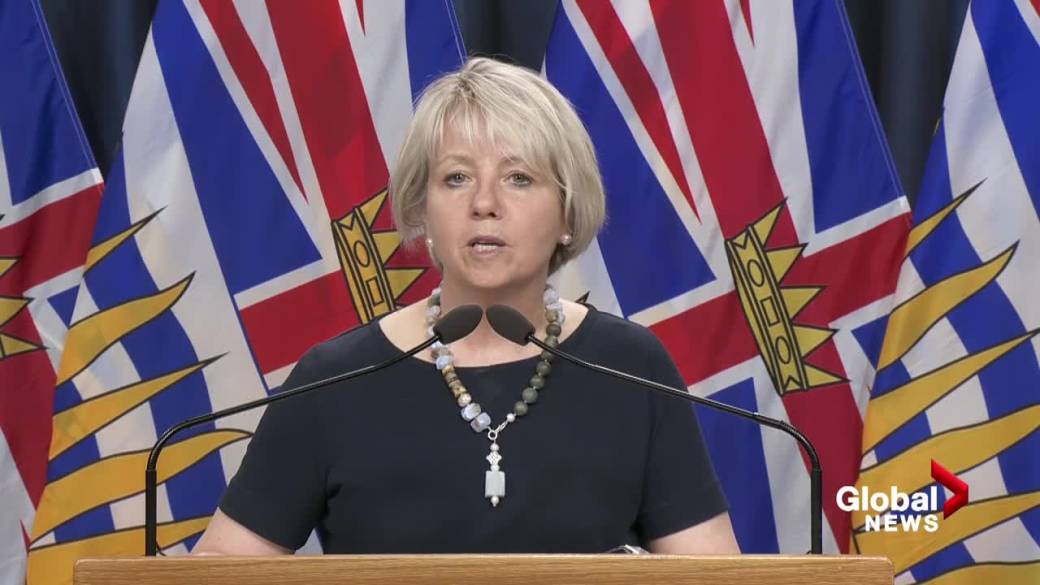 3:11
Second dose of COVID-19 vaccine may be available sooner than expected in B.C.

Second dose of COVID-19 vaccine may be available sooner than expected in B.C.

Nova Scotia has received 60,000 doses of AstraZeneca to date, of which 58,116 have been administered.

Newfoundland and Labrador has received 32,100 doses of the AstraZeneca vaccine.

“Currently, there are 5,739 doses of AstraZeneca unused – 1480 doses that will expire on May 31 and 4,259 doses expiring on June 30,” a spokesperson from the Department of Health and Community Services told Global News Thursday.

In Manitoba, meanwhile, there are an “estimated 6,700 doses,” according to a spokesperson for the province.

“A portion of those doses have an expiration date of end of May; while the remaining portion will expire late June,” the spokesperson told Global News. 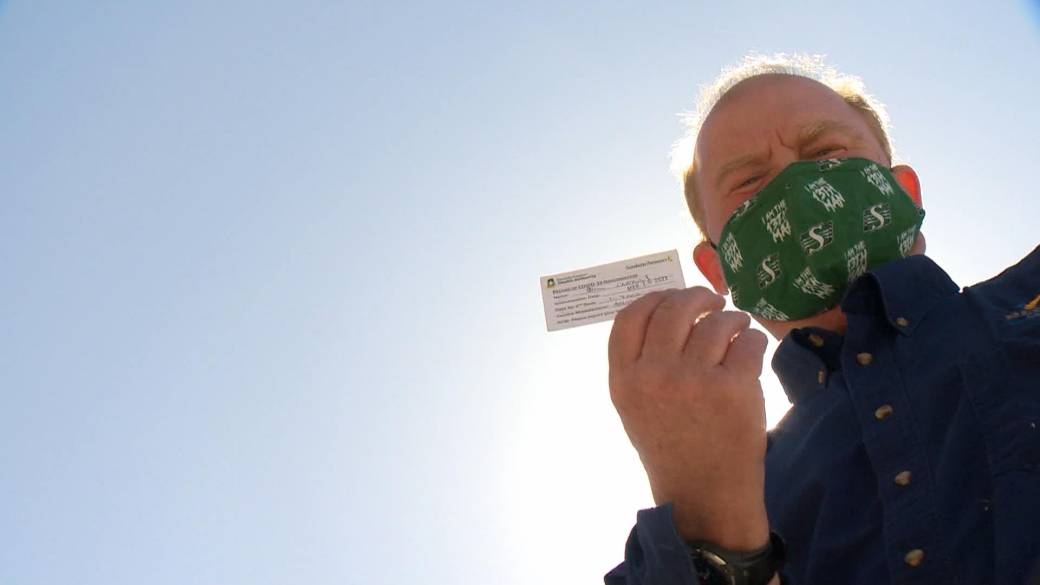 Alberta has 7,700 doses of AstraZeneca remaining that will not expire until June. They have been allocated for second doses, or first doses for those who cannot receive an mRNA vaccine.

Alberta is “currently awaiting NACI (National Advisory Committee on Immunization) guidance on the interchangeability of vaccines and will base our path forward on that guidance. Given this, we have asked the federal government to hold our next allotment of AstraZeneca until further notice,” a spokesperson for the province told Global News in an email Thursday.

After several provinces across Canada decided to no longer administer the AstraZeneca COVID-19 vaccine as a first dose due to supply concerns and the potential risk of a rare blood clotting reaction called vaccine-induced thrombotic thrombocytopenia (VITT), there have been concerns over the thousands of shots that could expire before use.

When Dr. Nili Kaplan-Myrth, a family doctor in Ottawa, administered first doses of the AstraZeneca vaccine, she told patients they would be booked for their second doses in August. And if the government directive changed, they would be bumped ahead in the timeline.

“The fact that we are still getting no information, not a word from public health or from the province to indicate whether or not we’ll be able to do that is disheartening,” the doctor said.

“We do need direction from Health Canada, from NACI, from our epidemiologists who are going to tell us whether or not it’s going to be AstraZeneca as their second doses or if we’re going to mix and match. And that is a question that I can’t answer as a family doctor.”

Dr. Tara Kiran, a family doctor at St. Michael’s Hospital in Toronto, also worries that “we are in a position to soon waste astronomical doses.”

“I worry that we’re not going to be able to get them into arms soon enough if we don’t get some direction around things,” Kiran told Global News.

On blood-clot concerns related to the vaccine, Kiran said, “We have very imperfect information.”

“The information we do have indicates it’s a lot less common with a second dose compared to the first, but our understanding of that is going to evolve,” she said. “I think our role as family doctors is to stay on top of the evidence and then help people understand the information that is available.”

She further said that Canada holds a privileged position from a global perspective. 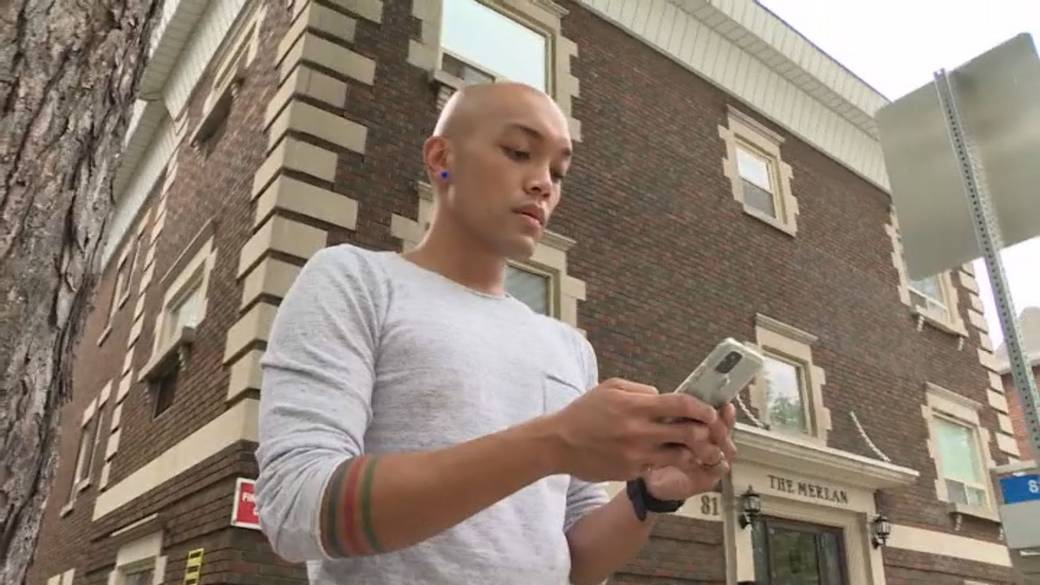 “We shouldn’t be wasting any doses. If we can’t use the doses, we should send it to someone who can,” she said.

“We should donate the doses we are not going to use,” he said.

“The situation in India is critical, we owe them a lot. They did their best for the COVAX program,” and now “it’s time for those with excess vaccines” to step up.

“This is a global crisis and won’t resolve if other nations are falling behind.”

Anita Anand, minister of public services and procurement, said Sunday that conversations were on about what to do with the millions of extra AstraZeneca doses set to arrive over the coming months.

“Our prime minister has mentioned this, I have, and [International Development Minister Karina] Gould and [Health Minister Patty] Hajdu are all on the same page in terms of the need to donate excess doses that Canadians aren’t using, so we are thinking of all of the options relating to any excess doses,” she said.

— With files from The Canadian Press and Global News’ Amanda Connolly