'We don't have the data to support it': Alberta Hospitality Association disappointed with province reverting to Step 1 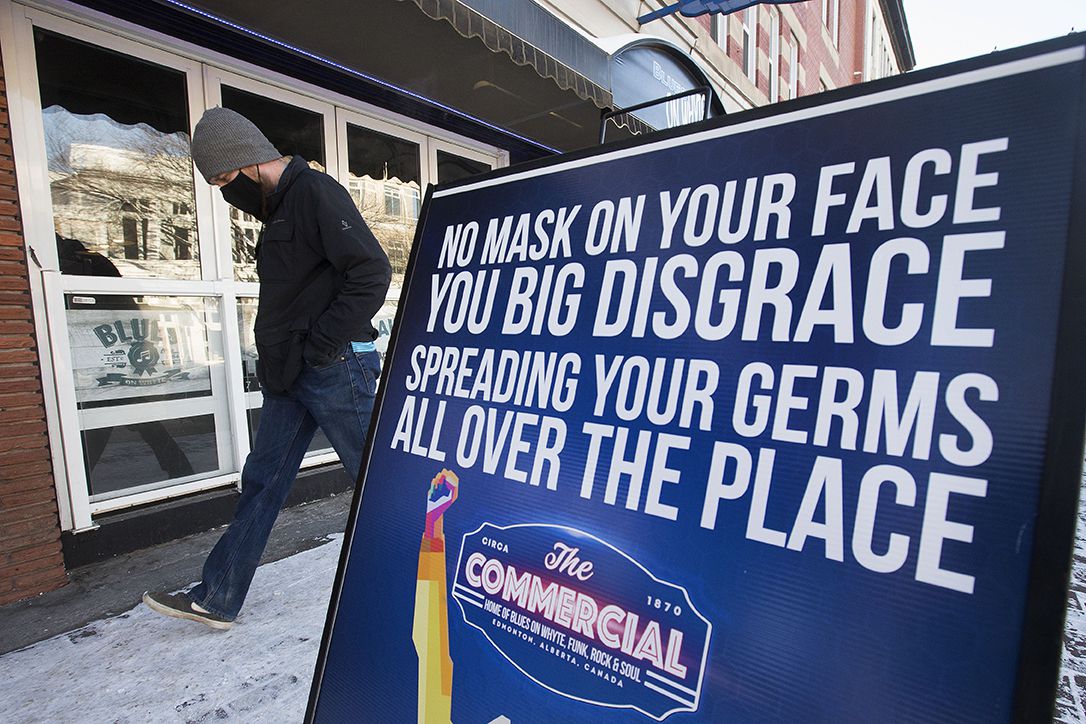 The Alberta Hospitality Association is disappointed the province is reverting back to Step 1 of its public health restriction framework, arguing the decision is politically motivated.

Premier Jason Kenney announced Tuesday that previous public health measures would be brought back in following a rise in COVID-19 cases and its variants. Returning to Step 1 means reducing capacity for retailers and malls to 15 per cent of fire code occupancy, limiting indoor fitness activities to one-on-one training and prohibiting adult performances such as dancing and singing.

In-dining services will be banned at restaurants as of Friday at noon, although outdoor patios will be allowed.

Jeff Jamieson, a board member with the Alberta Hospitality Association, said he’s grateful the government gave restaurants a few days to prepare but feels the industry is being unfairly targeted.

He said the association will follow public health guidelines.

During his announcement, Kenney said there have been a number of incidents of people “table-hopping” at restaurants, despite the rule of sitting with members from your household.

Jamieson said the premier’s example was anecdotal and something he’s not seen at his restaurant.

“If you’re not going to point to something specific, then it’s anecdotal,” he said. “Restaurants are a place where (people are) meeting but the data just doesn’t seem to point to restaurants as being the major problem.”

Janet Riopel, the president and CEO of the Edmonton Chamber of Commerce, said in a Wednesday statement that Alberta had little choice to bring in more restrictions following the rise in cases.

“These restrictions will continue to have devastating impacts on businesses, who are once again faced with surplus inventories, sending their staff home, and trying to find new ways to withstand this never-ending storm,” she said. “Governments must keep their foot on the gas pedal (and) supports must be maintained and enhanced until we are well on our way towards economic recovery. We are eagerly awaiting news of what new support programs will be made available, ensuring businesses can hang on just a little bit longer and ride out this third wave.”

Previous articleCOVID-19 has changed. Should our outdoor behaviour shift too?
Next articleWant to get ahead of COVID-19 variants? Vaccinate young people, experts say