'We will do better:' City of Edmonton pledges to improve extreme weather response following removal of homeless residents from Central LRT Station 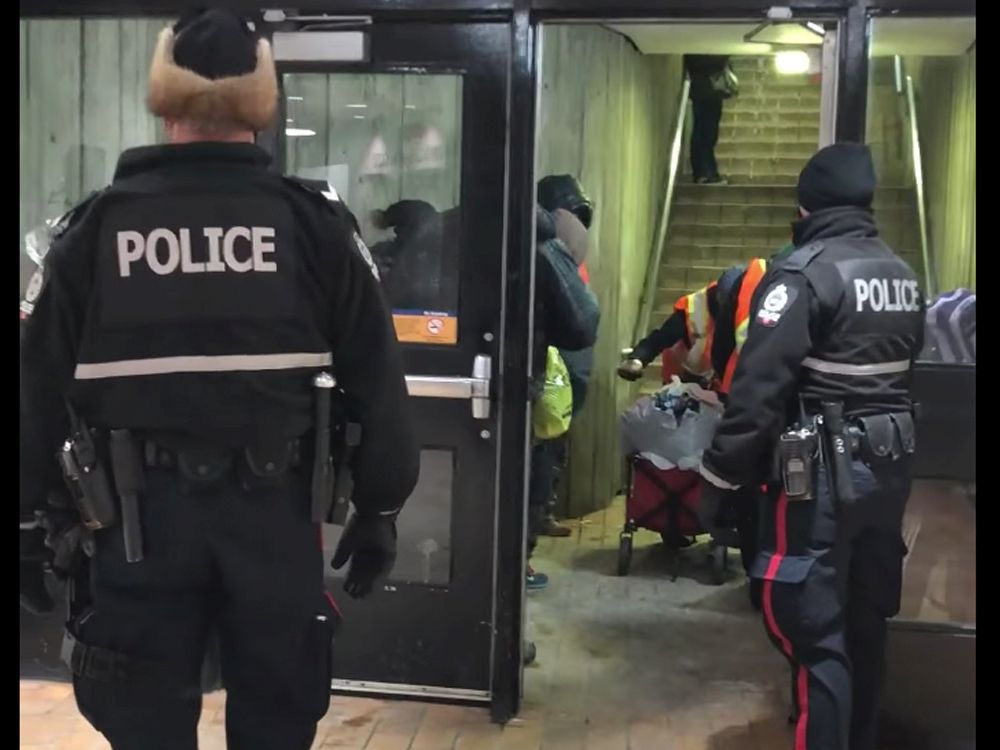 The City of Edmonton is working to strengthen its extreme weather procedures to support homeless residents after two-high profile issues in February.

Responding to Mayor Don Iveson’s inquiry into the events, city officials said on Wednesday a transit safety oversight committee and an integrated encampment response plan have been added to improve how residents are supported during extreme cold weather.

During the city’s extreme cold weather response Feb. 4-17, members of the Edmonton Police Service removed an encampment next to the Hope Mission shelter and also evicted a group of homeless residents from the Central LRT Station without offering support or transportation to a nearby shelter.

An internal police investigation into the LRT event is ongoing and there were no further details provided. Deputy city manager of citizen services Rob Smyth told councillors the city will work with police and social agencies to improve the response in future situations by providing access to outreach and support services.

“The two events … are clearly very troubling, and as I hope we have communicated to committee this afternoon, we will do better,” Smyth said. “There were two important learnings from this year. No. 1, ensuring key points of information between agencies are clearly communicated and secondly, ensuring coordination and integration of practices between different organizations.”

To improve, Smyth said a transit safety committee between transit officials and police has been formed to better communicate between the organizations and provide a joint response. In responding to encampments, Smyth said a “control step” has been added as a single-source referral from police to the city’s encampment response team to ensure all proper procedures are followed.

But community advocate Rob Houle said he isn’t satisfied with the city’s response and the planned actions, arguing it doesn’t ensure these events will never happen again. Houle sits on the community safety and well-being task force that will be providing recommendations to council April 6 on the future of policing, but said he wasn’t speaking on behalf of the group.

“I am appalled by the content of the reports. I am appalled by the approach of administration to this issue,” he told councillors. “I think it misses the point by a great deal that we’re trying to water down and look at the broader overview of what happened on those two days without addressing the issues of why it happened, the ramifications of why it happened and the overall lack of compassion and empathy from people who responded to some of these calls.”

Iveson said although the report was focused specifically on the policy questions, he is comfortable with the actions implemented by the city to improve the response in future situations and is confident this isn’t the end of the work.

“These two incidents gave our community an important opportunity for reflection about these interlinked complex issues and what we are going to do about them,” he said. “I think the real question will be the follow through on this and do we see a change in approach and a change in behaviour beyond this report.”

During the extreme weather response, the city ran two bus loops overnight providing transportation for 1,337 people to shelters across the city.