What Canada can learn from India’s COVID-19 crisis

As the rest of the world watches and steps up to help, the COVID-19 situation in India is growing direr by the day – and yet the peak is still projected to be weeks away.

With record coronavirus cases and deaths, the country of nearly 1.4 billion people is grappling with its darkest chapter of the pandemic.

Read more:
Canada pledges $10M to India amid COVID-19 crisis, but is it enough?

It is fast becoming a humanitarian crisis that could have significant ramifications across the globe, according to experts – particularly when it comes to ending the pandemic. And several lessons can be learned from India’s experience, they say.

“If India does not conquer COVID, COVID is not going away,” said Vivek Govardhanam, senior internal medicine resident at the University of Toronto.

What is unfolding in the country matters for Canada and beyond, said Isha Berry, a PhD candidate in epidemiology at University of Toronto, as India is the largest producer of generic medicines and vaccines and the fifth-largest global economy. 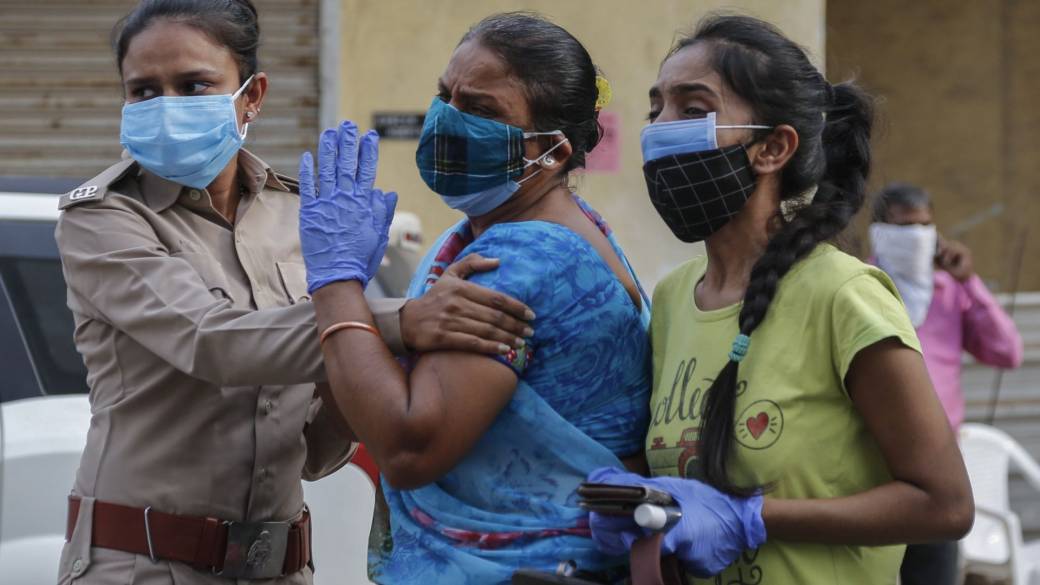 The spread of new variants, which scientists believe is contributing to India’s latest surge is also important to keep an eye on, Berry added. The B.1.617 variant –  first detected in India — has already made its way into Canada and is being treated as a “variant of interest.”

“I think there’s a lot in the Canadian context that we need to understand and keep on the forefront of our mind — that we’re all connected and this is just going to keep happening until the whole world is responding to COVID,” Berry, who has family in New Delhi, told Global News.


How is India’s situation similar to Canada’s?

While Canada’s COVID-19 numbers pale in comparison to India’s, experts noted some similarities when it comes to the pandemic response.

India’s crisis was fueled by a series of crowded events, like mass rallies by politicians including Prime Minister Narendra Modi, and religious holidays and pilgrimages on the River Ganges, where people relaxed their vigilance and didn’t wear masks or keep their social distance.

The third wave in Canada’s most populous province — Ontario — was also spurred on by the government easing restrictions early, Berry and Govardhanam said.

Hospitals and morgues in India are overwhelmed, while medicine and oxygen are in short supply.

While not on the same scale, Canada’s health-care system is also under increasing pressure, with some hospitals in Ontario preparing for the worst.

A “critical care triage protocol,” something that was not done during earlier waves of the virus, could be enacted, meaning health-care providers may have to decide who gets potentially life-saving care and who doesn’t.

On Thursday, staff at Toronto’s Michael Garron Hospital (MGH) said 10 patients needed to be transferred to other hospitals due to “potential risks to its oxygen supply” as a result of a high volume of COVID-19 patients requiring respiratory support. 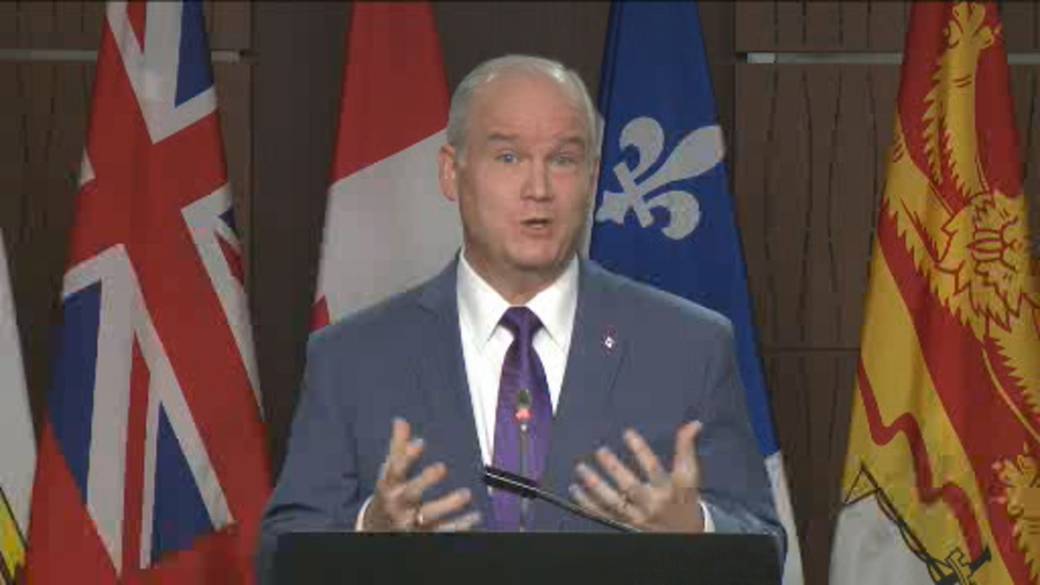 0:55
COVID-19: O’Toole open to sending support to India, but calls for approach to contain variants at home

COVID-19: O’Toole open to sending support to India, but calls for approach to contain variants at home

However, Ananya Banerjee, assistant professor at the school of population and global health at McGill University, said what is happening in India can’t be compared with Canada’s current situation.

“Canadians are not dying because they can’t access hospitals where there is a lack of oxygen, beds and ventilators,” she said.

“Canadians are not being treated on the streets and dying needlessly.”


What can Canada learn and do?

India’s example is a stark reminder that the pandemic is not going away anytime soon, Govardhanam, who is Indian-Canadian, said.

Canada needs to be “two steps ahead of the virus” by procuring and stocking up on medications and oxygen supplies at any cost, he added.

India’s pandemic response has been marred by insufficient data, prompting an appeal to government on Friday by more than 350 scientists to release data about the sequencing of virus variants, testing, recovered patients and how people were responding to vaccines.

“I think the main lesson learned is that we really do need to keep an eye, have strong surveillance systems and strong data systems to ensure that we’re not opening up too soon and to correctly predict what’s going to happen the best that we can,” Berry said.

Ramping up testing capacities and strong genome sequencing to keep track of new variants is also needed, she added. 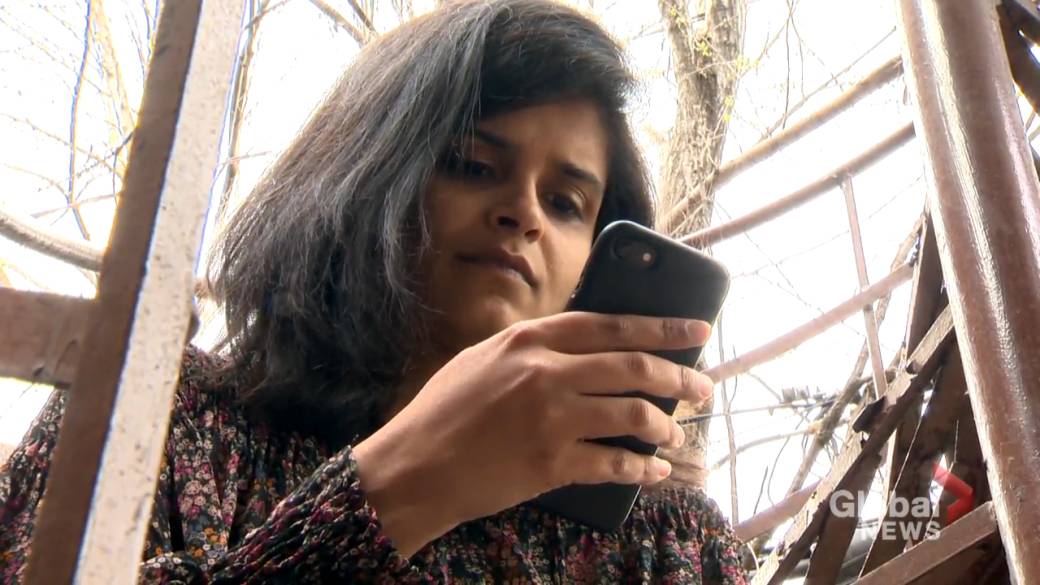 The Serum Institute of India (SII) is producing and supplying the AstraZeneca vaccine — under the brand name Covishield — to Canada as well as the World Health Organization-led COVAX vaccine-sharing facility.

An initial shipment of 500,000 doses has already arrived and is being doled out in some provinces. An additional 1.5 million additional doses of the jab are expected to arrive by the spring.

Banerjee, who has family in Calcutta, said Canada should decline those supplies and source from other regions as India needs to massively vaccinate its own population to be able to get out of their second wave.

Canada, along with the United States, the European Union and the United Kingdom should also lift patents on COVID-19 vaccines, she said.

“When we have one person dying of COVID-19 every five minutes in India, the concept of vaccine patent is cruel and disturbing globally,” Banerjee told Global News.

“It is not reflective of a shared collective humanity. We must be doing better.”

— With files from The Associated Press, Reuters