The World Health Organization urged rich countries on Friday to reconsider plans to vaccinate children and instead donate COVID-19 shots to the COVAX scheme that shares them with poorer nations.

The WHO is hoping more countries will follow France and Sweden in donating shots to COVAX after inoculating their priority populations to help address a gulf in vaccination rates.

Canada and the United States are among countries that have authorized vaccines for use in adolescents in recent weeks. However, a WHO official said talks with Washington on sharing doses were under way.

“I understand why some countries want to vaccinate their children and adolescents, but right now I urge them to reconsider and to instead donate vaccines to #COVAX,” WHO chief Tedros Adhanom Ghebreyesus told a virtual meeting in Geneva.

COVAX, which has delivered around 60 million doses so far, has struggled to meet supply targets partly because of Indian export restrictions on the AstraZeneca vaccine due to its growing epidemic.

So far, around 1.26 billion doses of COVID-19 vaccine have been administered globally. 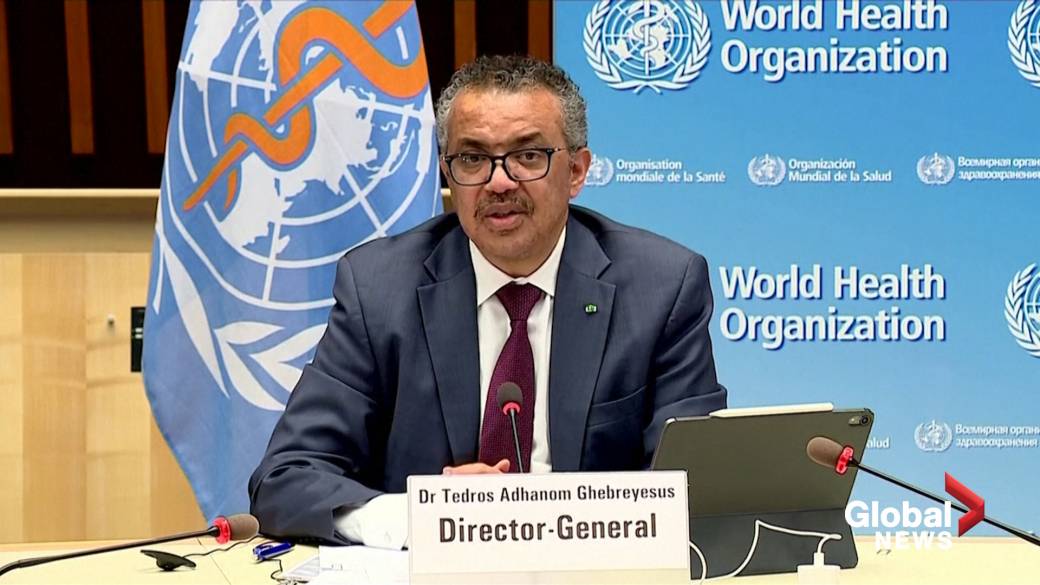 Tedros also said the second year of the pandemic was set to be more deadly than the first, with India a huge concern.

Indian Prime Minister Narendra Modi sounded the alarm over the rapid spread of the coronavirus through India’s vast countryside on Friday, as the country’s official tally of infections crossed 24 million and over 4,000 people died for the third straight day.

More than 160.71 million people have been reported to be infected by the coronavirus globally and nearly 3.5 million have died, according to a Reuters tally.

Infections have been reported in more than 210 countries and territories since the first cases were identified in China in December 2019.

WHO officials urged caution in lifting measures that contain transmission, such as mask wearing, and warned that more variants were bound to be detected.

The U.S. Centers for Disease Control and Prevention has advised that fully vaccinated people did not need to wear masks outdoors and could avoid wearing them indoors in most places.

“Very few countries are at the point where they can drop these measures,” said Chief Scientist Soumya Swaminathan.