The sudden collapse of Danish soccer player Christian Eriksen during his country’s match against Finland at the Euro 2020 championships earlier this month sent shockwaves across the stadium in Copenhagen and the world over.

Towards the end of the first half, the 29-year-old midfielder fell face-first to the turf and lay motionless for several minutes as his teammates huddled around him and the medical staff rushed to the pitch to revive his heart.

Eriksen had suffered a cardiac arrest and had to receive life-saving cardiopulmonary resuscitation (CPR) on the pitch before he was taken to the hospital.

It was a familiar sight soccer fans have witnessed before.

In 2012, English player Fabrice Muamba’s heart stopped beating for 78 minutes and he almost died after collapsing on the pitch during an FA Cup match. He was 23 at the time.

In 2019, former Spanish captain and decorated goalkeeper Iker Casillas was rushed to the hospital after a suffering a heart attack during training for his Portuguese club Porto.

Other soccer players and professional athletes have also died as a result of cardiac arrests.

Even though the occurrences are rare, young and fit athletes are not immune to heart problems and there are a few reasons for that, experts say.

“These people can train and adapt and become extremely fit, extremely capable athletes with tremendous heart function and general physiology,” said Jack Goodman, professor of cardiovascular exercise physiology at the University of Toronto.

“But they are vulnerable at the right time with the right trigger to having this type of an electrical dysfunction that causes a serious arrhythmia that could lead to an arrest and in a fatal outcome,” he added.

In the United States, approximately 100 to 150 sudden cardiac deaths (SCD) occur during competitive sports each year, according to the American College of Cardiology.

The rate of sudden cardiac arrest during competitive sports is about 0.76 cases per 100,000 athletes per year, according to a 2017 study published in the New England Journal of Medicine. Almost 44 per cent of the athletes survived until they were discharged from the hospital, the study showed. 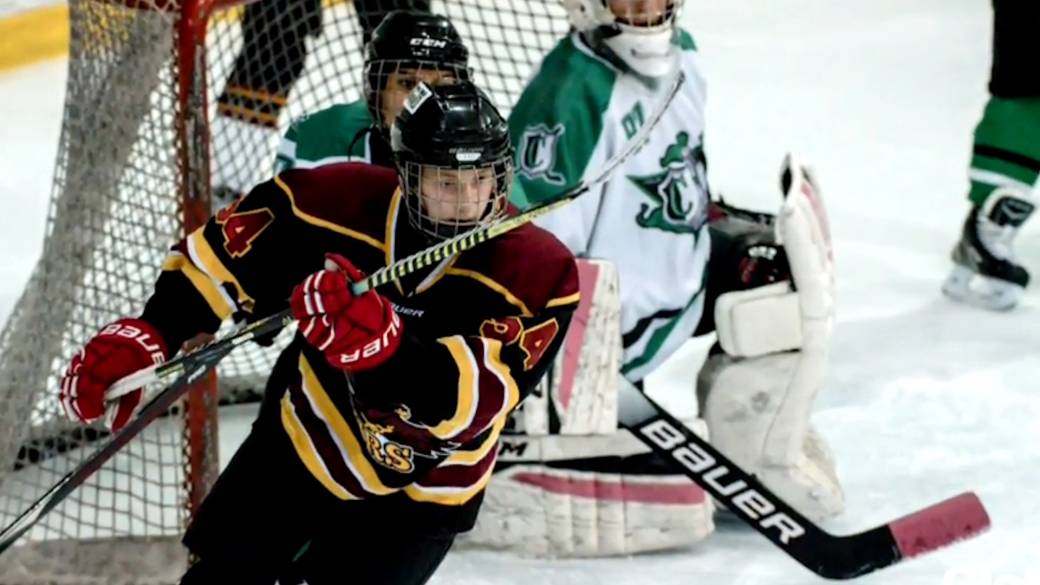 2:18
Montreal teen lucky to be alive thanks for CPR-trained bystanders

Montreal teen lucky to be alive thanks for CPR-trained bystanders – Jan 25, 2020

So, what causes athletes to have sudden cardiac arrests?

In most cases, the athletes have an underlying heart abnormality that may have been inherited or remain undiagnosed, cardiologists say.

“Exercise likely acts as a trigger,” Goodman said. “And the intensity of the exercise … may make that heart particularly vulnerable to an arrhythmia that can cause a lethal outcome.”

Read more:
Myocarditis: What we know about the heart reaction reported after COVID-19 vaccines

But the jury is still out on whether intense physical activity actually causes the cardiac arrests, he added.

Various heart conditions can lead to a sudden cardiac arrest. One of them is hypertrophic cardiomyopathy, which is a genetic condition that leads to the thickening of the heart.

In all cases, an electrical instability sparks the cardiac arrest, said Amer Johri, a cardiologist at Queen’s University in Kingston, Ont.

“Sports where you have greater levels of exertion, such as basketball and soccer as well as football and also marathons seem to have more of these events associated,” Johri told Global News.

In August 2013, Canadian teenager Jordan Boyd lost his life suddenly while attending training camp for the New Brunswick team Acadie-Bathurst Titan, when he collapsed on the ice. He was 16.

Boyd’s condition wasn’t diagnosed until after his death, when it was determined he had arrhythmogenic right ventricular cardiomyopathy (ARVC), a rare inherited heart disease.

His parents told Global News they had no idea it was in the family prior to Jordan’s death.

His father Stephen Boyd said if they ever had the opportunity to do it again, they would have pushed for more in-depth cardiac screening for their son.

“As parents, don’t take your child’s health for granted,” he said. “What happened to Jordan was the lightning strike.”

Boyd said the family later found out that there was not a working automated external defibrillator (AED) available at the rink, which could have saved their son’s life.

An AED is a portable electronic device used to revive someone from a sudden cardiac arrest.

“You don’t get a second chance. You only have minutes,” Boyd said.

Since Jordan’s death, the Quebec Major Junior Hockey League has ramped up its safety program by mandating that each team in the league have their own AED at team events and practices, at least three staff members are trained at all times in CPR and how to use AED.

They have also expanded their pre-training camp physical exam and medical questionnaire that all players have to undergo to include more in-depth questions about cardiac screening. 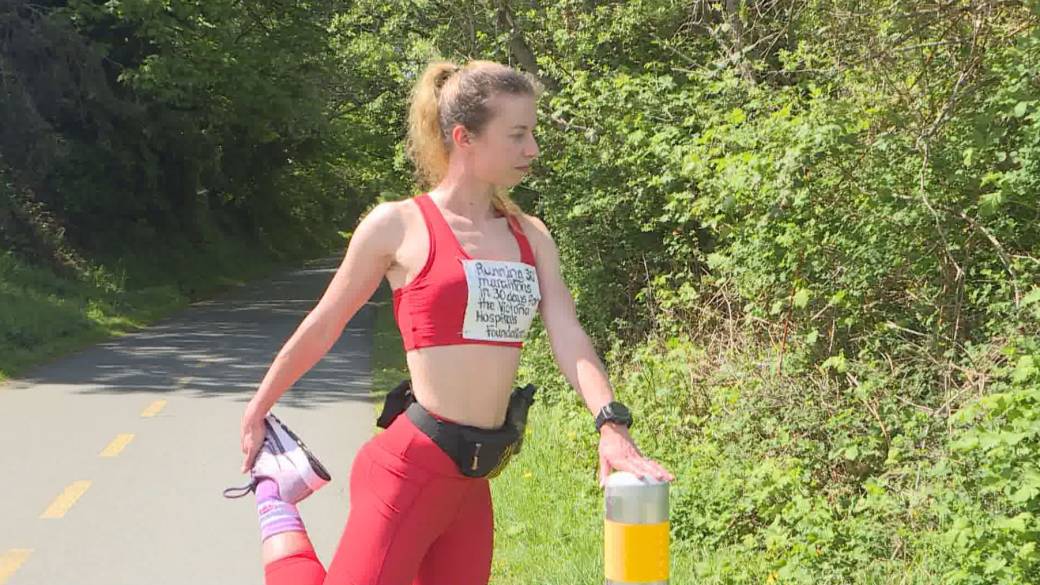 1:47
Victoria woman looks to run 30 marathons in 30 days to help others

Since many heart conditions can often go undetected even after testing, experts are torn on the value of regular cardiac screening for athletes.

Besides the tremendous cost and burden on the healthcare system, this can also likely lead to a large number of individuals being falsely identified to be at a greater risk, Goodman said.

“It’s so impractical to do full cardiovascular screening on young athletes,” he said.

In 2019, 24-year-old runner Patrick Neely died after collapsing as he neared the end of the half-marathon race — a 21.1-kilometre run — during the International Oasis Rock ‘n’ Roll Montreal Marathon.

A coroner’s report into the death noted that there was a serious lack of volunteers along the route, that it took nearly 10 minutes for paramedics to arrive after police called and that Neely was taken to the nearest hospital as opposed to one equipped to deal with cardiac arrest patients.

A couple of years ago, Johri helped lead a national effort to write Canada’s first screening guidelines for varsity athletes with respect to the risk for sudden cardiac arrest.

While some screening can be helpful, he argues that it is critical to have good emergency protocols in place including CPR and AED, so the players and team staff are well prepared in the event of a cardiac arrest

Athletes, who often go on to become coaches, must also be aware of the risks of sudden cardiac arrests and what to do in the case of an emergency.

Goodman said it was also up to the athletes to listen to their body and know when to take it easy if they are feeling unwell.

Previous articleIs Edmonton Oilers G.M. Ken Holland still in there pitching with his best fastball?: 9 Things
Next articleCould virtual Parliament be here to stay? MPs ponder its post-pandemic use