Why does AstraZeneca vaccine guidance keep changing? Experts weigh in

There is growing uncertainty around the use of AstraZeneca’s COVID-19 vaccine.

On Monday, Canada’s National Advisory Committee on Immunization (NACI) issued new guidelines recommending that the shot should not be administered to people under the age of 55 due to cited concerns over reports of blood clots.

The new guidance comes weeks after NACI said AstraZeneca should not be used on people aged 65 or older because of limited information on its efficacy for that age group.

The agency later reversed its course and gave the green light for vaccine’s use in seniors based on real-world evidence.

The shifting guidelines over the course of one month raises fears about the vaccine’s safety and could impact the country’s rollout plans, experts say. 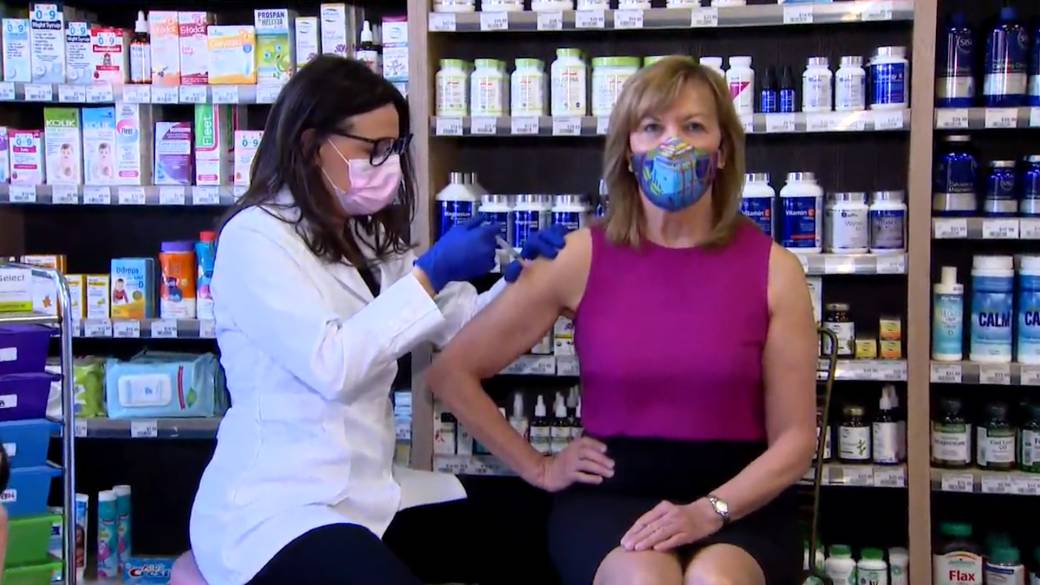 “It’s incredibly confusing to the public and I fear deeply it will erode trust,” said Kerry Bowman, a bioethicist at the University of Toronto.

Gerald Evans, an infectious disease specialist at Queen’s University in Kingston, Ont., said: “It’s a huge problem because it basically plays into the fears that people have that maybe the vaccine isn’t safe.“

Those fears may also quickly roll over to other vaccines, he added.

“It couldn’t be happening at a worse time when we need to get vaccine into lots of people.”

Ahead of the NACI’s announcement at 3 p.m. ET, Manitoba, Quebec and Alberta said they were pausing their rollout of the vaccine

In its rationale for the latest guidelines, NACI said: “Cases identified so far have been primarily in women under the age of 55 years, although cases in men have also been reported and have mostly occurred between 4 and 16 days after receipt of vaccine.


What does the science say?

Despite the fact that young people have been temporarily advised away from the vaccine, those over the age of 55 shouldn’t be overly concerned by the possibility of these adverse reactions to the vaccines, some experts say.

That’s because the vast majority of these rare complications have been reported among those under the age of 50, making the already unlikely adverse event even less likely among those aged 55 and older.

“You’re starting to get in the odds of, you’re going to get hit by lightning going to the vaccine appointment, (rather) than getting this complication,” said Dr. Zain Chagla, an infectious disease specialist, in an interview with Global News.

“It’s not zero, but again, you live in a world where COVID-19 is rising, where, again, people’s complications are rising…this is a balance.”

He said for those over the age of 55, that balance is “way, way” in favour of getting the jab. 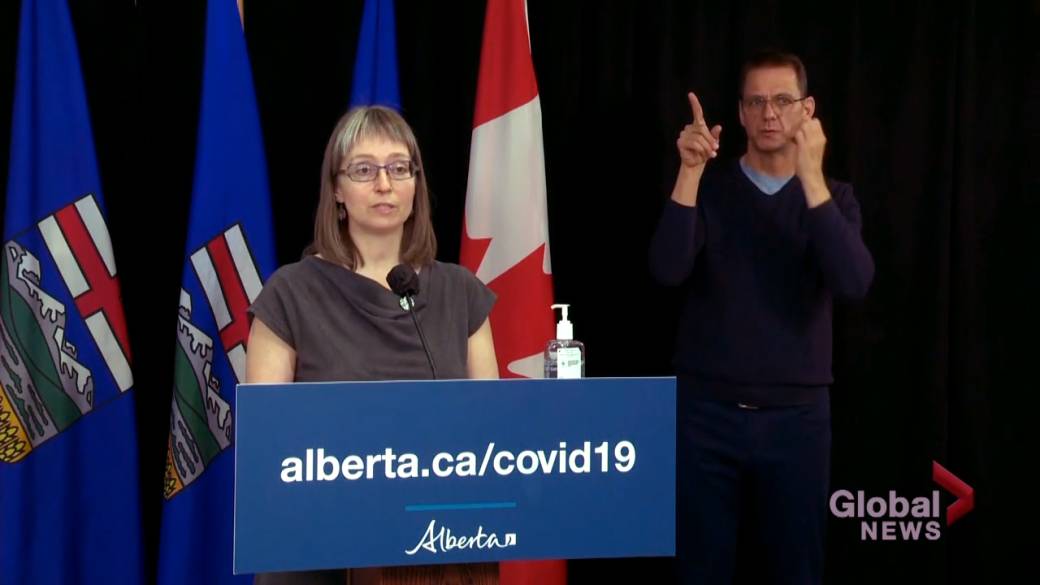 2:16
Alberta temporarily pauses use of AstraZeneca COVID-19 vaccine in those under 55

Evans further allayed AstraZeneca-related fears, saying the risk is “very small” when compared to the risk of blood clots that you can actually get from COVID-19.

He noted that NACI was “being overly cautious” in its approach, but added that the extra layer of caution could in turn “impede our ability to vaccinate people.”

Anyone below the age of 55, who has got the first shot of AstraZeneca with no serious adverse effects, should go ahead and get the second dose, according to experts.

“I don’t think that I would recommend anybody who’s already received a dose to not receive their second dose,” said Samir Sinha, director of geriatrics at Sinai Health and University Health Network hospitals in Toronto.


Will this slow the rollout?

The announcement comes during a key week for Canada’s AstraZeneca vaccine doses. Canada is slated to receive 1.5 million AstraZeneca doses from the United States this week, and another 300,000 doses already in Canada’s vaccine coffers are set to expire on Friday.

“It is a difficult time for this news to have emerged, given that, you know, the third wave is really gathering steam and that creates additional pressure to ensure that we’re ramping up our vaccine program as quickly as possible,” said Dr. Matthew Miller, assistant dean at McMaster University’s department of biochemistry and biomedical sciences.

He acknowledged that it’s “possible” that some of the AstraZeneca doses that are expiring this week might indeed go to waste. However, despite these new hurdles, experts say they don’t expect the latest AstraZeneca developments to slow too much of Canada’s vaccination progress.

“I don’t think this is going to be a massive setback given the fact that we have tens of millions of Pfizer and Moderna [doses] coming through,” said Sinha. 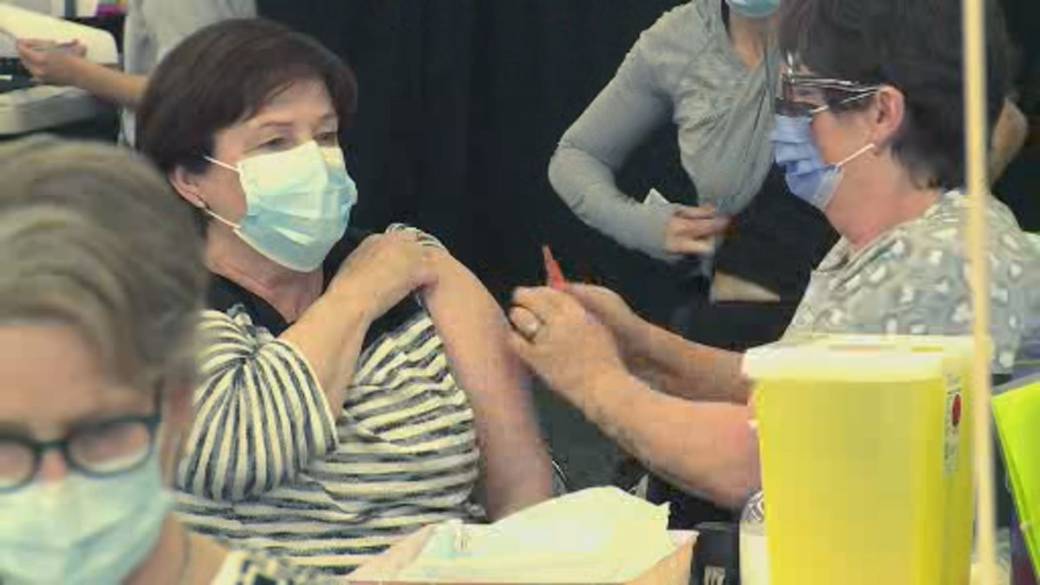 2:25
Which province is winning the COVID-19 vaccine rollout race?

He said provinces will have to recalibrate how they use different vaccines and alter their rollout plans.

Researchers are currently looking at whether it’s safe to mix various COVID-19 vaccines. Depending on the findings, someone who received an AstraZeneca jab might be safe to get a second dose from Pfizer — but the jury’s still out on the issue.

Miller echoed Sinha’s comments, noting that this ramp up from Pfizer and Moderna should offset any potential hiccups in the AstraZeneca rollout.

“Any delay caused by the inability to administer these AstraZeneca vaccine doses, I think will be offset rather quickly in the short term, thanks to the ramp up of expected mRNA doses we’re set to receive,” he said.

At the end of the day, Miller noted, AstraZeneca doesn’t make up a huge portion of Canada’s vaccine portfolio — and the mRNA vaccines from Pfizer and Moderna should be able to keep the vaccination rollout on track.

“We have enough doses of mRNA vaccine to give one to everyone who wants the dose by the fall,” he said.