Why NFTs are taking the art and sports world by storm

What do Grimes, Taco Bell and the third most valuable living artist on earth have in common? They’re part of a growing list of celebrities and companies that have sold NFTs — non-fungible tokens, which are the latest investment craze.

Canadian musician Grimes recently sold US$5.8 million worth of digital art as NFTs. Earlier this month, Taco Bell sold 25 taco-themed GIFs and images as NFT tokens and they sold out in 30 minutes. But perhaps most famously, the graphic designer who goes by the name Beeple sold his piece titled Everydays: The First 5000 Days on March 11 through auction house Christie’s as an NFT for nearly US$70 million.

Even Elon Musk briefly hopped on the bandwagon Tuesday, auctioning off a techno song he produced about NFTs as an NFT. The highest bid reportedly topped US$1 million before Musk changed his mind, saying it “doesn’t feel right.” 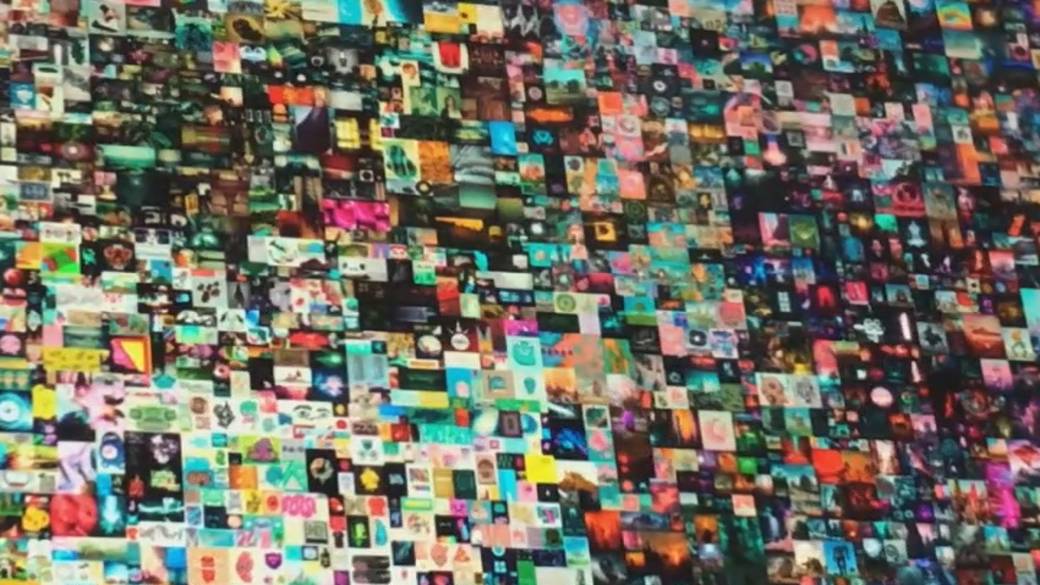 Non-fungible tokens are, as their name suggests, the opposite of fungible investments such as dollars, common stocks or commodities — which can quickly be quantified and exchanged. NFTs, on the other hand, are unique, like a rare baseball card whose value can’t as easily be determined.

NFTs first came about in 2017 but interest in them has skyrocketed, with Google searches for “NFT” climbing exponentially since the start of this year. One area of particularly frenzied interest has come in the form of NBA Top Shots.

Launched in October 2020, the NBA began offering limited-edition ownership rights to art and video depicting memorable moments in American professional basketball. It is now a market worth more than $280 million and climbing, fuelled by the sale of historic moments including a LeBron James Top Shot, which sold for $258,000 in late February.

“If you ever collected hockey cards or baseball cards, right away you’ll get it. For people who never found value in those things, they probably won’t get it. In the NFT world, you’re owning a piece of history, essentially,” he told Global News.

Jaitly’s dream collectible would be the NFT for Kawhi Leonard’s buzzer-beating Game 7 shot from May 12, 2019. He says it’s a moment that “every Raptors fan remembers because it’s been stitched into our brains.”


How do NFTs work?

The vast majority of NFTs are part of the Ethereum blockchain, which is powered by Ether, the world’s second-largest cryptocurrency next to Bitcoin. Most NFTs must be purchased with Ether, though there are seamless ways to do this online using a card, which will charge you your local currency through third-party services.

The head-scratcher for non-NFT aficionados is that the buyer is purchasing something that they’ll never be able to hold and that, in the case of popular memes or videos online, is viewable by anyone with access to the internet. What you’re purchasing isn’t the item, rather it’s the proof that you own a limited-edition digital asset. This proof is verified and imprinted on the blockchain, the technology that underpins cryptocurrencies such as Bitcoin and Ether.

Read more:
An ‘NFT’ digital image just sold for US$69 million — but what is it?

Jaitly, the CEO of software strategy and design firm TribalScale, has invested in startups that develop NFT technology. He has also personally spent about $500 on NBA Top Shots — an investment he says has ballooned in value by “more than 1,100 per cent.”

“I feel like a kid again. I don’t necessarily have to go to the store and buy all these baseball cards and hockey cards like I did when I was a child. It’s great to see. I just do it off my phone or on my computer, said Jaitly.

Alex Tapscott co-authored the book Blockchain Revolution, and says NFTs have “captured imaginations and taken the world by storm.” He can’t say whether NFTs will hold or explode in value over time, but he says the blockchain technology behind them is here to stay.

“There’s irrational exuberance but we’re talking about art, which is something that appeals to people on an emotional level. Maybe they see it as an investment, something that they’ll be able to resell at a price later on. Maybe they love the bragging rights or maybe they love the aesthetics of having the knowledge that they’re the owner of this single asset,” Tapscott told Global News.

Financial observers suggest the surge in interest in NFTs is propelled by an increase in the amount of time and money people are spending online during the pandemic.

“Even if some of these things turned out to be a little overvalued, that doesn’t take away the value of the underlying technology, which is a really powerful tool for creative industries,” Tapscott said.

Builders in Toronto and other major cities are feeling less confident about condo projects and are scaling back development plans as interest rates and...
Read more

Tim Hortons' business was up in the second quarter as sales at the coffee and baked good chain surpassed pre-pandemic levels for the first...
Read more

Inflation hit a 39-year high in June amid an economy hampered by COVID-19, labour shortages, supply chain challenges and the looming threat of a...
Read more
Facebook
Instagram
RSS
Twitter