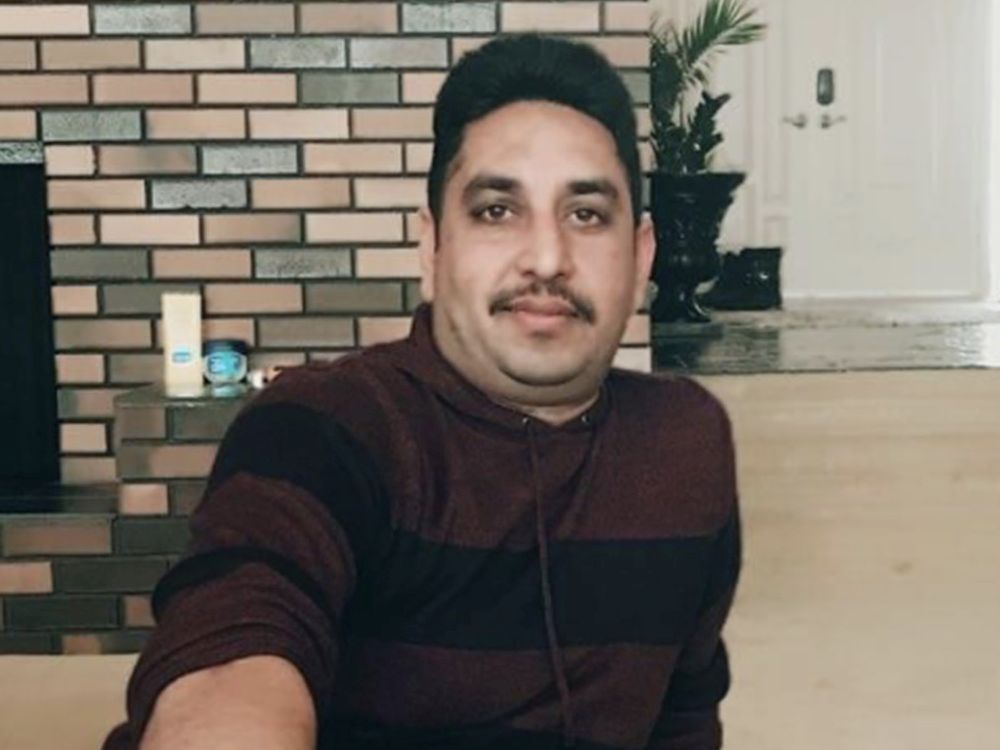 A woman being treated in hospital for gunshot wounds after she and a younger relative were targeted in a Sherwood Park drive-by shooting Friday is the wife of the man now facing first-degree murder and attempted murder charges, show court documents.

Harmanjot Singh Bhattal, a NAIT student, was driving with Satvir Kaur Brar when the pair were gunned down on Baseline Road around just before 7 a.m. Friday, during the busy morning commute. Bhattal died of his injuries and Brar remains in hospital.

Social media posts grieving the victim say Bhattal came to Canada a year and a half ago as an international student and he died in a family dispute. His Facebook page lists him as a student at the Northern Alberta Institute of Technology (NAIT).

After the killing, Sherwood Park RCMP soon arrested a man and have since charged Gamdur Brar, 43, of Strathcona County with first-degree murder and attempted murder.

A 2020 decision from the Alberta Funeral Services Regulatory Board shows Satvir and Gamdur Brar owned a registered numbered funeral services company that operated Park Place Funeral Home in Sherwood Park; the pair were recently fined and had their licence suspended for 17 months over Funeral Act violations, including improperly issuing contracts and operating without a proper licence.

Gamdur Brar’s social media profile states he is the manager and owner of Park Place Funeral Home in Sherwood Park.

Meanwhile, RCMP were called to separate fatal shooting over the weekend near Redwater, about 60 kilometres north of Edmonton.

Police said they responded to a firearms complaint on a rural property around 9:46 pm on May 8. When officers arrived they found a dead woman and a severely injured man.

The Major Crimes Unit has taken over the case. The early investigation has shown the shooting is an isolated case and there is no threat to public safety. RCMP confirmed Tuesday both people involved lived at the same residence and they are not looking for any suspects.

Recent data from the Edmonton Police Service shows the amount of domestic violence in the area has risen during the COVID-19 pandemic, with a 34 per cent increase in incidents. Domestic homicides rose in the capital to four in 2020, up from two.

From 2008 to 2019, there were 204 deaths in Alberta due to domestic and family violence, according to the province’s Family Violence Death Review Committee.

Previous articleOntario pausing use of AstraZeneca COVID-19 vaccine due to safety, supply concerns
Next articleCOVID-19 have you sitting more? Here’s how to ease back into a fitness routine

I just told him these guys are planning to steal something,' one accused in the double homicide said. 'I said we're just chasing them...
Read more