Will Canada see a spike in influenza cases after COVID-19? Experts weigh in

As Canadians hunkered down at home in an effort to stem the spread of COVID-19 this winter, something else happened — the country saw almost no cases of influenza.

However, as things reopen as more people are vaccinated against COVID-19, what will that mean for influenza? Will Canada see a spike in infections or another ‘no flu’ year? 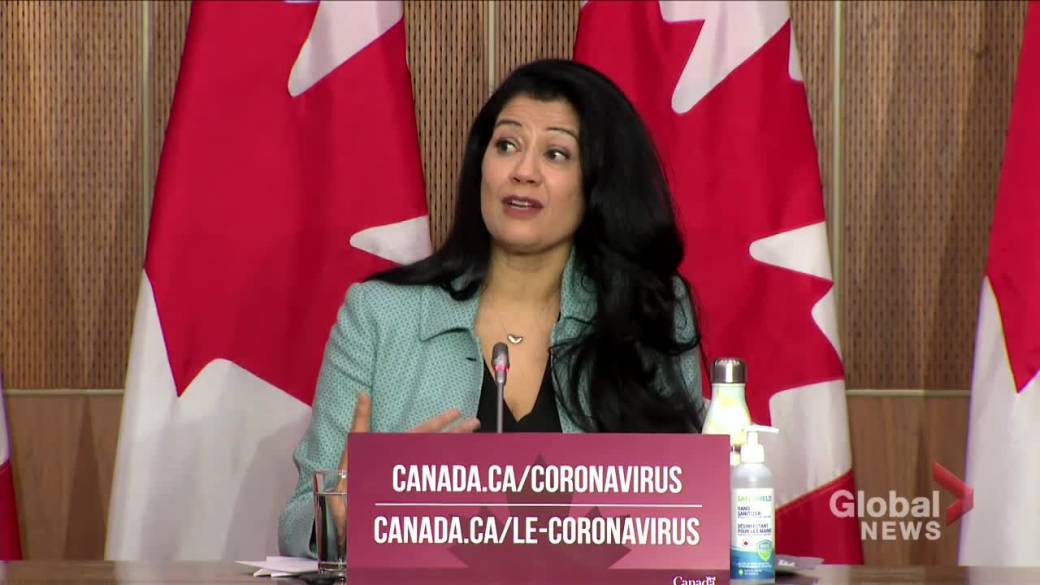 According to the latest report published by Health Canada’s FluWatch, so far during the 2020-2021 flu season only 68 influenza detections have been reported.

The report said this is “significantly lower” than the past six influenza seasons, when an average of 49,641 cases were detected.

“Public health measures implemented to reduce the impact of COVID-19 continue to prevent the transmission of flu within the community,” the report said.

Dr. Julie Bettinger is a professor of pediatrics at BC Children’s Hospital and the University of British Columbia.

She is also an epidemiologist with the Canadian Immunization Monitoring Program ACTive, which has been collecting influenza surveillance data at 12 tertiary care pediatric hospitals across Canada since 2003.

Bettinger said in an average year, ACTive will record around 500 cases and sometimes several deaths associated with influenza.

This season, though, she said there were no cases, no hospital admissions and no deaths.

“It’s honestly striking,” she said. “And I don’t think any of us involved with this surveillance would have predicted it.”

She said in March 2020, influenza season was still in “full swing”

“And at the start of the public health measures, where things locked down, it just dropped off precipitously.”

She said this can be “directly attributed” to the public health measures that were put in place including mask wearing and physical distancing.

Dickinson, who runs the Alberta community influenza surveillance program, said this is largely because researchers still don’t fully understand why influenza was so low this year.

He said if it was because the novel coronavirus and influenza virus interacted and COVID-19 proved to be dominant, then “maybe (influenza) could burst back.”

“But we simply cannot predict because we don’t know.”

Ultimately, Dickinson said there is a “wide range of uncertainty going forward.”

“We’re going to be tracking it and trying to understand it,” he said. “This is such a new phenomenon and a new situation.

“We haven’t had a no-flu season before, so we really don’t know what happens after that.”

A drop in immunity?

In an email to Global News, Dr. Timothy Sly, an epidemiologist and professor emeritus at Ryerson University’s School of Public Health, said it is “to be expected” that people will have lower immunity to influenza this year than in previous years, “simply because most have been protecting themselves against ALL respiratory viruses.”

Sly pointed to teachers as an example, saying when they return to school after summer break, many will become sick with a cold within the first week or two.

“(This is) largely because their immunity has dropped during the summer and they are suddenly surrounded by lots of small kids,” he explained. 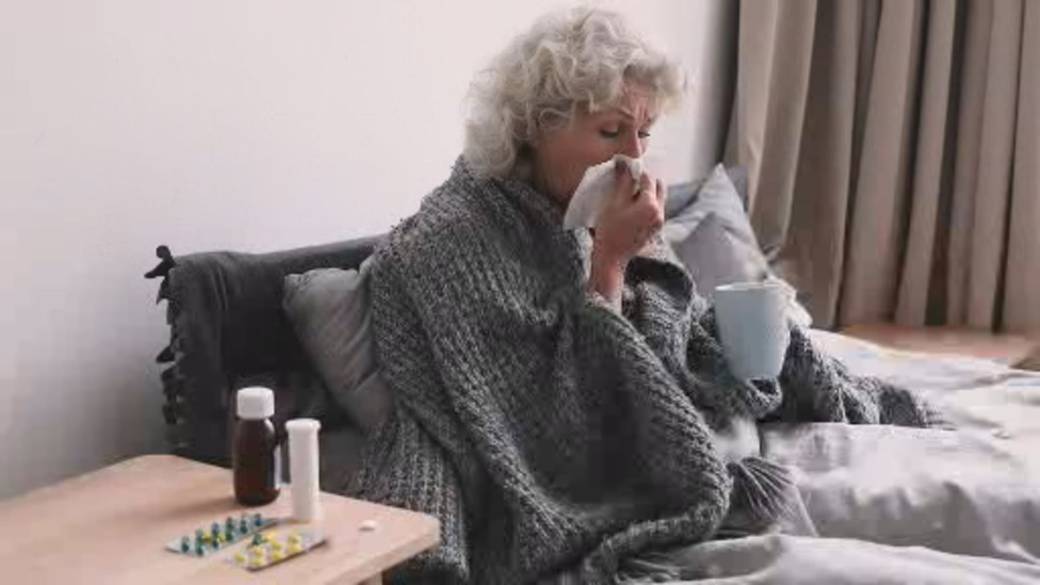 However, Bettinger said because the strain of flu changes year to year, if you fall ill one season, the antibodies your immune system create may not protect you from getting sick with the virus the following year.

“I don’t know that we can assume because it wasn’t circulating that people won’t have antibodies because we don’t really know,” she said. “We don’t have a good sense yet of what’s going to be circulating and what it’s going to look like.”

Another factor that could impact the number of influenza cases this coming season is how long people continue to adhere to the public health measures implemented during the COVID-19 pandemic.

Sly said if people are “allowed to remove their masks and get closer this fall and winter,” the country might see a surge in influenza cases.

Read more:
Coronavirus lockdowns might be delaying flu season in the southern hemisphere

Conversely, Sly said if people are still taking COVID-19 precautions by the time flu season comes around, we could see another year with a low number of influenza infections.

Further, he said international travel could “still be curtailed,” by flu season, “meaning that imported influenza will be less this year.”

Eyes on the Southern Hemisphere

South of the equator, flu season typically runs from April to October.

In normal years, Canada can look to the southern hemisphere to gauge what the influenza season could look like at home. Experts also look south of the equator to track the various strains of influenza that are circulating.

Dickinson said flu season is just starting in the southern hemisphere, but added that Canada will have to watch “particularly closely” what happens during the peak season in June, July and August.

“We’ll have to see what happens to them,” he said. “And then that may give us some indication of what will happen here.”

Bettinger echoed Dickinson’s remarks, saying that Canada is at a “real advantage” because our flu season is opposite.

“It does oftentimes give us time to sort of prepare based on what’s happening there,” she said. 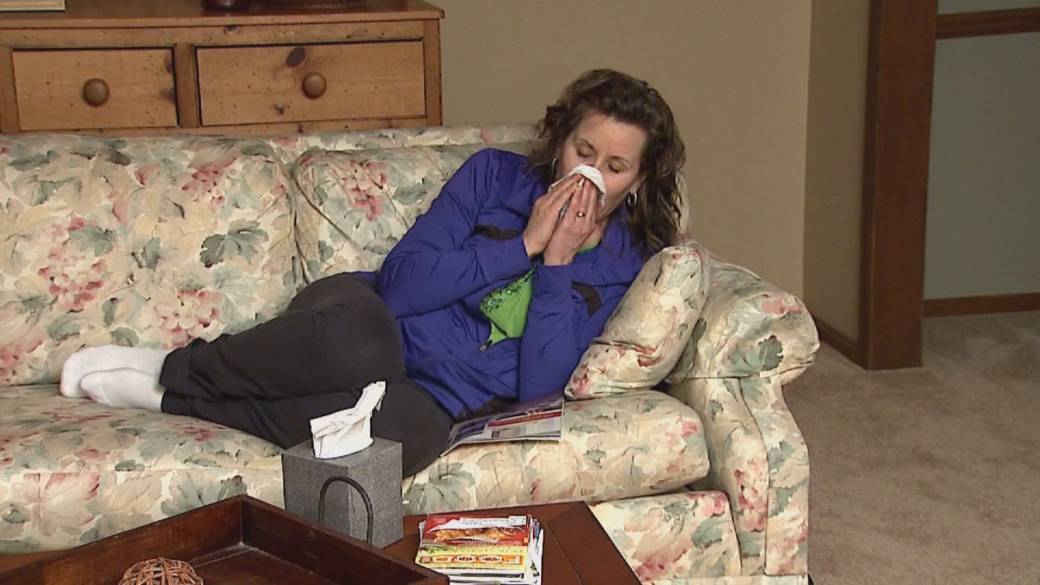 2:33
Cases of Influenza down significantly

Cases of Influenza down significantly – Jan 6, 2021

However, Bettinger said that predicting which specific strain will be most problematic this year will be more difficult because there were hardly any cases of influenza last year.

She said researchers normally have a lot of data that helps them make an “educated guess.”

“When you have virtually no cases, it makes it really difficult,” she said.