With COVID-19 variant cases on the rise, what do experts recommend?

Just as vaccination drives are picking up steam across Canada, deadlier and possibly more transmissible COVID-19 variants are spiking up infection rates among Canadians.

The “impact of transmission” when it comes to the variants of concern (VOC) is “far greater,” she said, adding that we need more than just ramped-up vaccination efforts to combat the super spreaders.

Does that mean we are looking at another nationwide lockdown? It’s possible, said Dr. Hota.

“We are looking at some pretty frightening times in the healthcare system, even if we have a strict lockdown in place starting today,” she said.

In Ontario alone, 67 per cent of all COVID-19 infections are dominated by the VOC, with B.1.1.7 being the most prevalent, she said.

“Hospitalizations are up by 20 per cent and ICU occupancy is up by 28 per cent in Ontario. We are seeing the impacts on the hospital sector more strongly with these VOCs than it was previously,” she said.

It’s of utmost importance now more than ever that we refrain from socializing, she added. 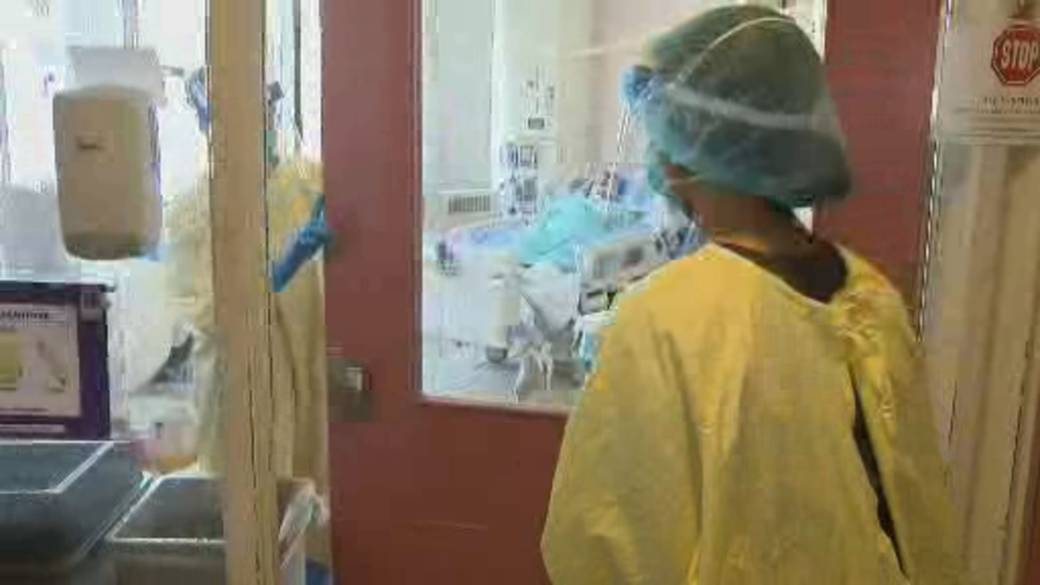 The ICUs in Ontario are “at the highest census of COVID-19 positive patients right now; higher than we have ever seen,” she said, adding, “I cannot stress enough on the importance of following public health guidelines and staying home.”

“We are hitting the threshold where we won’t have enough people to care for patients.”

Dr. Hota also emphasized on the need to vaccinate essential workers and younger Canadians as an important measure to curb the spread of variants.

“We have to target essential workers, more exposed individuals,” she said.

“While our approach to rolling out vaccination for the older and most vulnerable is correct, we also have to vaccinate the age groups that are being more infected by the variants, which of late, has been younger people,” she said.

As of Tuesday, Canada saw a a total of 10,233 variant of concern (VOC) cases reported across all provinces, including 9,461 involving B.1.1.7 variants, 467 P.1 variants and 305 B.1.351 variants, according to a statement released Wednesday by Canada’s top doctor Theresa Tam. 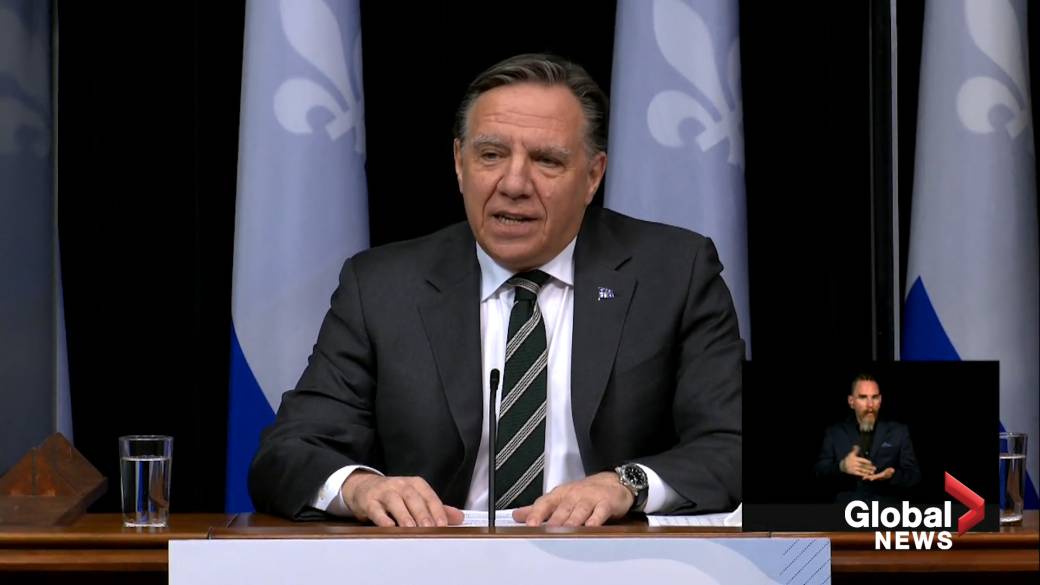 Several provinces are introducing fresh efforts to curb the spread. Alberta, for instance, is screening every COVID-19-positive case for variants and reporting a variant of concern case “without waiting for full sequencing if the screening identifies characteristic mutations,” a spokesperson for Alberta Health told Global News in an emailed statement Wednesday.

“Unlike other provinces, this means that the vast majority of VOCs are reported immediately, with only a small number needing to follow up testing for confirmation,” the statement said.

According to their website, to combat the variants, “It is even more important for people to follow the current public health recommendations. People should also continue to avoid crowded or poorly ventilated spaces.”

What do we know about the variants?

New variants first detected in countries like Brazil, South Africa, Nigeria and Britain have cropped up spontaneously in Canada over the last year. All share some of the same mutations in the region of the virus used to enter and infect cells.

However, unlike other variants, the one from South Africa carries numerous wide-ranging mutations. As the virus tries to spread and thrive, it undergoes tiny genetic changes, giving rise to the K417N, E484K and N501Y variants.

The B.1.1.7 or the U.K. variant, on the other hand, accounts for faster transmissibility and is often linked to higher risks of hospitalizations and deaths. 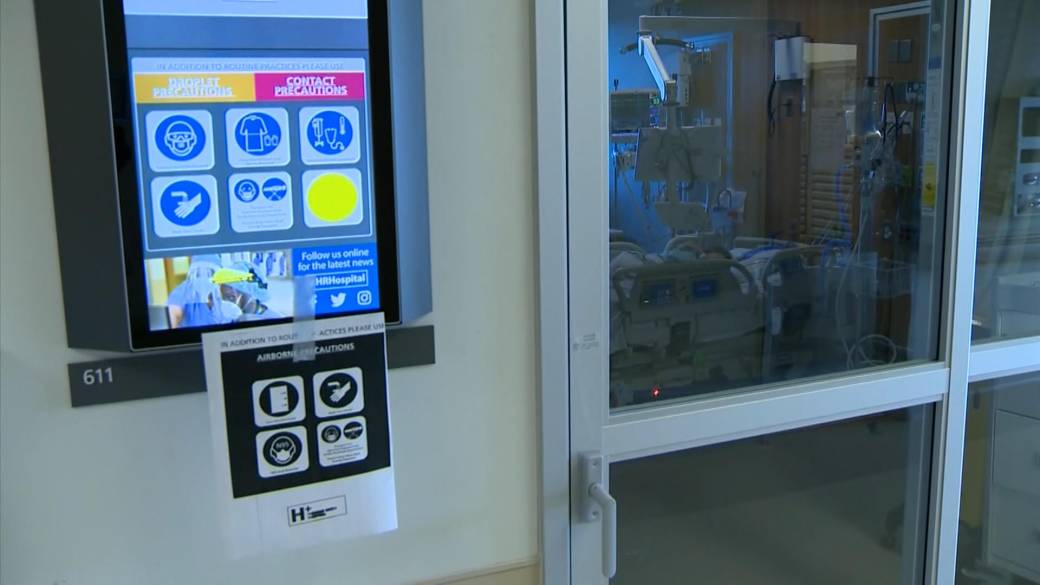 1:42
Concerns raised in Saskatchewan over spread of COVID-19 variants

Concerns raised in Saskatchewan over spread of COVID-19 variants

According to a study published by the journal Nature, the strain is, on average, 55-per cent deadlier than earlier versions of the virus. Depending on how it’s measured, the study suggests it can be anywhere between 40 and 70 per cent more transmissible than the original strain.

Earlier this week, more than 7,100 cases of variants of concern (VOC) were reported across Canada, with the B.1.1.7 variant responsible for over 90 per cent of those cases.

They make up a “high proportion of new reported cases in the most heavily impacted provinces,” Dr. Tam had said, adding stronger measures are needed to control the spread of these variants.

“We’ve been saying all along that if we ease measures too soon, before enough people are vaccinated, the epidemic will resurge even stronger,” she said.

“With the increasing circulation of highly contagious variants, the threat of uncontrolled epidemic growth is significantly elevated. This is why measures must be stronger, stricter, and sustained long enough to suppress rapid epidemic growth of variants of concern.”

The fate of the coronavirus

The appearance of similar mutations, independent of one another shows the coronavirus is undergoing “convergent evolution,” according to some scientists interviewed by Reuters.

However, although the virus will continue to mutate, immunologists and virologists said they suspect this coronavirus has a fixed number of moves in its arsenal.

The long-term impact for the virus’ survival, and whether a limit on the number of mutations makes it less dangerous, remains to be seen.

“It is plausible that this virus has a relatively limited number of antibody escape mutations it can make before it has played all of its cards, so to speak,” said Shane Crotty, a virologist at the La Jolla Institute for Immunology in San Diego.

— With files from Global News Lauren Pullen and Reuters