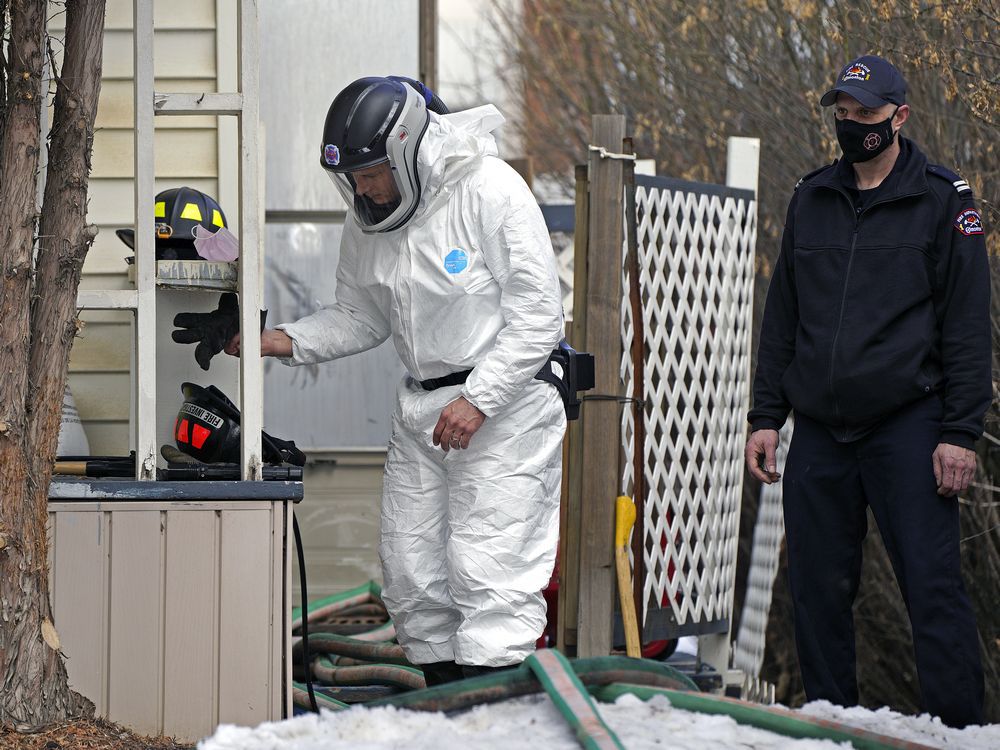 A woman was taken to hospital and three cats were killed following a house fire in southeast Edmonton Friday morning.

Edmonton Fire Rescue Services (EFRS) received a call just after 10 a.m. reporting a structure fire in the area of 83 Street and 77 Avenue.

Crews arrived on the scene of the house fire minutes later and had it under control just after 10:30 a.m. By 11:10 a.m. it was declared out, said EFRS spokesman Kyle Owcharuk.

One woman was transported to hospital by emergency medical services. Animal Care and Control also attended to help with three cats that died at the scene.

No other injuries were reported. The cause of the fire is under investigation.